Home Game Guides How to Glide in Gotham Knights 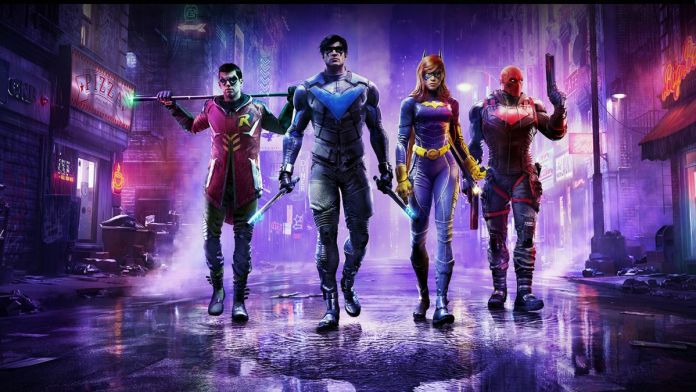 Gotham Knights is one of the most anticipated open-world action games coming out this year that’s set in the infamous Gotham City. The game allows you to play as four distinct characters from the acclaimed DC Comics roster including Nightwing, Batgirl, Red Hood, and Robin.

The game lets you play as any character you want from the aforementioned four up until the end of the game. Players will not be able to switch characters in the game once they’ve chosen their playable character. There’s a lot to do in the game and in this article, we’ll be showing you how to glide in Knights.

How to Glide in Gotham Knights

Like in many other games, relevant skills and abilities aren’t easily unlocked. So gliding in Gotham Knights doesn’t come off easy at first. You’ll have to go through several hoops to enable this ability and must do it separately with each character in order to unlock their individual glider.

Gliding in Gotham Knights is locked behind the game’s Knighthood mechanic, to get it you must complete your character of choice’s Knighthood missions first. There are also a number of specific objectives that you should attempt to complete early on which should give you the necessary proficiency in different combat and traversal mechanics.

Upon completing the Knighthood challenges for your chosen character, you can use a glider by tapping R2/RT when you’re in the air, this will make your character glide around the map.

Despite other characters being able to unlock equally handy traversal skills, only Batgirl and Nightwing are actually able to glide in Gotham Knights. Red Hood and Robin, however, have the ability to access gateways from one area to another.

Warner Bros.’ Gotham Knights, will release for PC, PS5, and Xbox Series X on October 21, 2022, and fans are excited to experience Gotham City in a world where Batman is not alive.

How to Glide in Gotham Knights