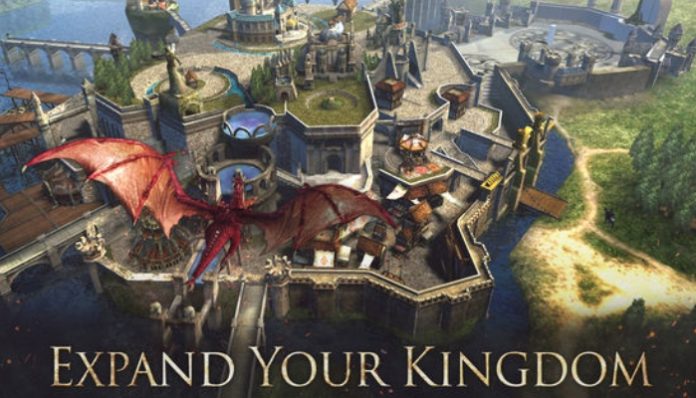 Build a castle to train an epic army, then lead your heroes into all-out war! Iron Throne: Kingdoms is a new real-time strategy MMO game from Netmarble. Experience full HD battles where tons of troops collide on the battlefield! Fight through the story of your kingdom, or challenge other players in Alliance wars! Our Iron Throne: Kingdom cheats and tips will show you how to build a thriving kingdom and beat your enemies in battle!

To ensure that your kingdom is outfitted with all of the latest technology, follow the main line of Challenge Quests. Challenge Quests are the core quests of the game that lead you down the general progression route.

If you’re ever unsure of what to do next, just work on whatever your next Challenge Quests is. Not only will you get rewarded with a ton of resources, you’ll keep your kingdom up-to-date.

Always have a Daily Quest active!

In addition to the Challenge Quests, there are also Daily and Alliance Quests. Daily Quests are timed quests where you don’t actually need to do anything besides wait for the timer to run down.

Since all you need to do is wait, you should always have a Daily Quest running whenever you’re playing the game. They’re a great way to earn resources and XP for yourself and your heroes.

There are also Alliance Quests, which function exactly the same as Daily Quests. You can only access these if you’re in an Alliance of course, but they also contribute points towards your Alliance every time they’re completed. Don’t forget to start these up as well – assuming you’re in Alliance, of course.

Your dock has two spots for Trade Ships. Trade Ships are essentially the “time online” bonuses of Iron Throne: Kingdoms. Once a certain amount of time has passed, a Trade Ship will dock and you can collect a nice bonus for free!

The Trade Ships usually contain lots of resources, but sometimes you’ll get useful items as well like Speed Ups. Check in often to get the most out of your Trade Ships!

Every Challenge Quest you complete nets you experience for your Lord. After you’ve collected enough, you’ll level up and gain 5 skill points. You can learn passive buffs that provide a permanent bonus for your Lord, like better construction times, better troops, and so forth.

You’ll learn the skills through a skill tree, and you’ll need to invest five points into a skill before you unlock the next tier. Some skills can max out at 15 points, but it’s up to you if you want to invest the points. If you’re more interested in getting the skills further down the tree, then just put in enough points to get the next skill.

Each troop that you can deploy into battle belongs to a specific class, and understanding how each class trumps each other is the key to winning large-scale battles! Infantry troops like Pikemen are your frontline warriors who are great for pinning down Cavalry troops. Cavalry troops, while weak to Infantry, are great for rushing down Archers, while Archers themselves can take out Infantry with ease.

In certain cases (usually during the single player missions) you can see a class breakdown of your opponent’s army. Use this to your advantage and adjust your army accordingly to conquer your foe!

That’s all for Iron Throne: Kingdoms! If you have any other tips or tricks to share, let us know in the comments below!