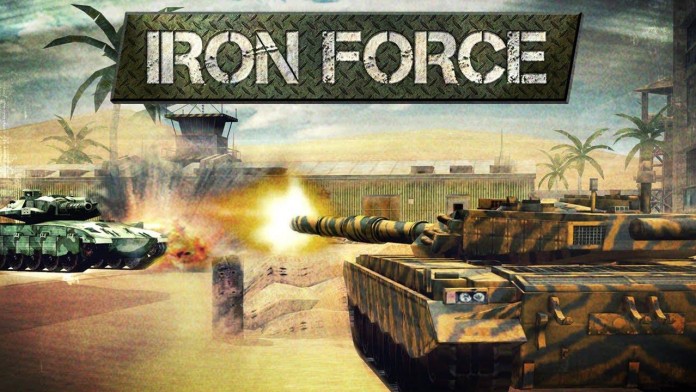 Step into the role of a tank commander and drive your tank to victory! Iron Force is a third person tank shooter that involves – you guessed it – a lot of destruction! Fight against commanders from all over the world in three exciting game modes, power up your tank to your liking, and show the world you are the best commander there is. With our Iron Force cheats, tips & tricks strategy guide, you’ll be readily armed to take on all of the opposing commanders.

Are you ready? Hop in your tank and prepare for battle with our Iron Force cheats, tips & tricks strategy guide.

The daily challenges are worth a lot of cash – most being around 1,000$ – so don’t forget about them! They’re a great way to earn a ton of money.

Upgrade your tanks to give yourself an edge!

All of the upgrades are useful, but the ones that are really helpful in particular are the N2O and aiming turret unlocks. N2O gives your tank a temporary significant boost in speed, but can only be used once per battle. The aiming turret is very helpful when firing on distant targets, and allows you to pick opponents off without putting yourself in direct danger. When you first buy a new tank I would highly recommend building towards these two unlocks first, which means you should upgrade Turret and Engine. Additionally, another upgrade you should consider is the Tracks upgrade because it’s usually the cheapest of the upgrades and it improves both your armor and movement speed, which leads me to…

Stay on the move!

Don’t ever let your tank be a sitting duck; stay constantly moving. This goes double for when you’re in open areas, because you’re exposed from all angles. Even when you’re in a direct fire fight with another tank, try strafing from side to side to throw off the other tank. Sometimes they’ll miss!

Be wary of your positioning!

As mentioned, taking cover behind obstacles can really help shield you from enemy fire. Try to pick spots where you have as many flanks covered as possible, such as a corner. This will ensure the least amount of blind spots so you know when you’re in danger if an enemy comes straight in front of you.

Be sneaky; try to get the jump on your enemies!

Remember, your field of vision is very limited, but this also goes for your opponents. Try to stay behind cover and obstacles so you can sneak around. Your enemies will more often than not lose you and forget about you, giving you a chance to sneak up behind them and pop a shot off. Even just one shot is enough to give you an edge over the enemy, so try to do this often.

You’ll probably notice that enemy tanks will drop items when destroyed. One of the possible drops is a bullet, and if you see it pick it up immediately! These bullets double your fire power for a limited time, making you near unstoppable depending on how powerful your enemies’ tanks are.

Need an edge? Apply a pattern or decal to your tank!

If you’ve got some extra gems lying around (sometimes destroyed tanks drop them, grab ’em when you see them!), take a look at the pattern and decal store. Patterns will either increase your attack power or fire rate, while decals will increase your armor. Once bought, a countdown will start of them, and when it runs out they will expire. Only buy these if you’re going to be playing for a while!

Have some friends? Create a legion!

A legion is a group that you can invite your friends to. You can then compete with other legions, earning spots on the leaderboards and even winning a lot of cash! Invite some friends if you don’t know anyone playing!

That should be it for tips on the battlefield. Keep your wits about you as you dominate other tanks out there, and remember if you have any questions or suggestions, leave a comment below. Good luck commander!