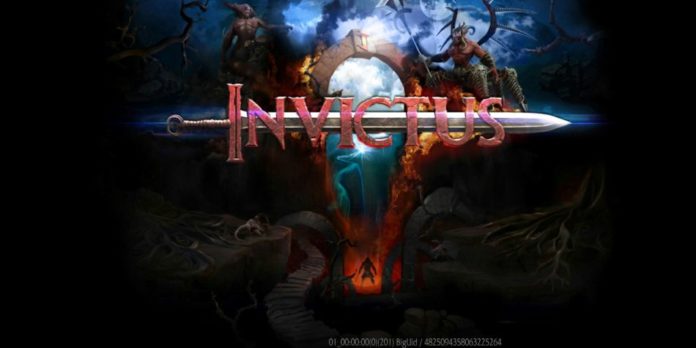 The Invictus Heroes tips and cheats we are going to share with you in today’s article will not only reveal how to gather all the resources you need in order to improve your team and each hero individually, but will also show you how to awaken the power hidden within and bring forth the whole potential of your heroes.

You should always know what you are getting into when going for the next missions in game, so we will share everything that you need to know, from A to Z. So without further ado, let’s get right into the Invictus Heroes tips and tricks! 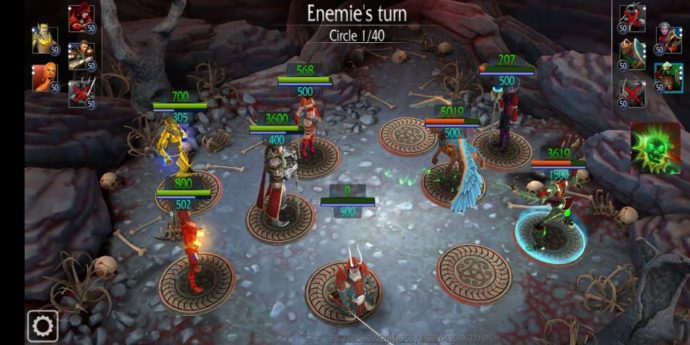 Know your battles: how to win every single time

Since the battles in this game are turn based, you will sometimes need to prepare for extended fights, and thus you will need to get to know exactly what your heroes are capable of, and how to properly address the enemies.

First things first, one very important feature that I have not seen in any other game is that you can use the skills before using the normal attacks. This should give you an idea on how to address the monsters.

The turn of each battle is decided by your hero’s initiative. The bigger the initiative, the earlier you’ll make your move. That will decide the turn of all the upcoming rounds. The heroes divide into two categories: melee and ranged. The melee ones can only attack the front line, while the ranged ones can target anyone on the enemy team.

In my opinion, I suggest you use up all the skills you have before going on with the normal attack. Since you can cast all of your abilities (if not on cooldown) before ending that hero’s turn with a normal attack, you should use all the strong abilities and focus on a single monster. The quicker you take that down, the less damage your team will take when the enemy’s turn comes.

Since you can also use some healing abilities, I suggest using them on the wounded hero when their health is around 40%-50%. Because anything lower than that you might end up dead before the healer’s turn again, but also if you heal on higher percentages, you might just end up wasting the skill and having it go on cooldown before a major fight.

Like in every other RPG game out there, you can collect unique rewards every new day and add them to your collection. I strongly suggest logging in every day just to collect them, because you never know exactly when you might need them, so even if you don’t want to play that particular day, just log and collect them because it will definitely come in handy later on.

This option unlocks at level 33, so it will be a while, but if you follow our steps on how to level up it’s going to go way smoother. Anyway, once you’re able to join, you should focus on finding an active guild with decent members so you can actually improve your character by a lot.

A good guild will provide awesome new guild quests and they will reward you with Ducats (guild currency) that can be used to further improve the guild or to acquire stuff from the Guild Shop.

It’s all up to you, but you should take your time searching for the best guild that suits you, one that is strong and has active people, as I said before. If you are a hardcore player and want strong people in your guild, then I suggest creating your own. That way you can select who stays and who leaves and get to improve the guild even further at your own accord.

How to level up fast

If you want to quickly unlock all the good stuff this game has to offer, it’s going to require you to invest a little time, but with our Invictus Heroes tips you will get there in no time. In order to do this, let’s take a look at the possible levels you can improve.

The first level is your general level, the one that counts towards unlocking new game features. To improve this, you will need to do the missions and the daily quests. This is going to make your leveling skyrocket once you collect all the given rewards. The tasks you see in the Menu will also grant you experience in this field and other cool rewards (like crystals).

The second is your hero level, and that decides which heroes are basically stronger than others. There is a way to improve this quickly (instantly actually) by using elixirs of experience (more details on these below). By doing the missions and fighting bosses and in the Arena you will also increase your heroes level, so don’t skip on these.

How to gather Elixirs of Experience

As I mentioned above, they are an important resource towards improving your heroes level. The higher level your heroes get, the stronger they get. So this is a really important item that shouldn’t be overlooked. 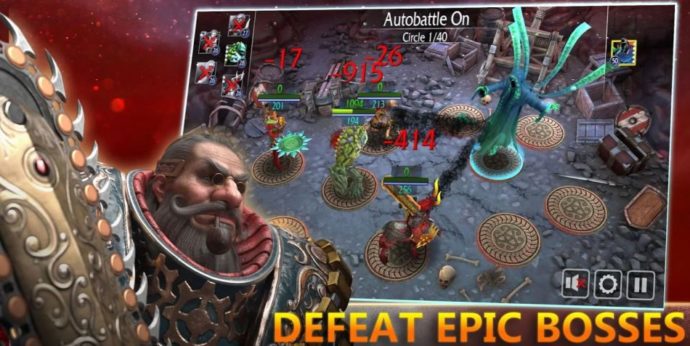 To obtain it, you have a few ways. Most of them rely on you adventuring into missions and fighting the elite chests which can give you these, but you can also find them in chests in the Citadel. If you want to get them quicker than by going in search for chests, grab a few by purchasing any of the bank offers.

Improve your heroes and equip Amulets

Every hero has their own special attack, so every one of them could be considered unique in their own way. Depending on their attack range, they can be considered either Melee heroes or Ranged heroes. The melee ones attack the nearest target, while the ranged ones can attack any target.

Out of those two types, the heroes can be divided into two more: normal and mass heroes. The mass heroes are the ones who do AoE damage (multiple targets), and to improve them you’re going to need to equip amulets. Once you have equipped all the six required amulets for that hero (you get them easy, from the missions, so don’t worry) you can raise its star level.

I suggest going to do the missions and spam those elixirs as much as possible so your heroes will be slightly better than the monsters they fight in each area. This is just an option, but it will help greatly, trust me.

These are all the Invictus Heroes tips and tricks we have for you right now, but if you know something cool that we haven’t mentioned here, don’t forget to leave it in the comments down below so that everyone playing the game can learn it!