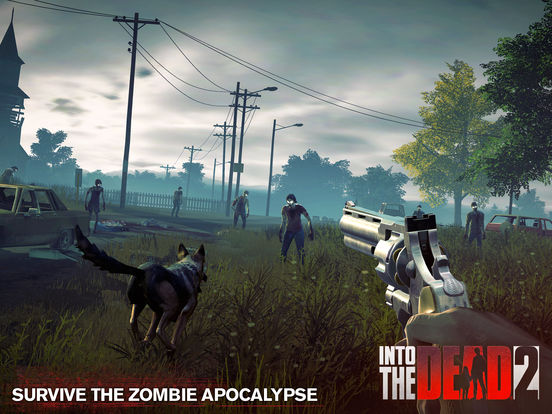 Journey once more into the zombie apocalypse in Into the Dead 2! In this nail-biting sequel, you’ll still be zigzagging to narrowly evade zombies and blasting them when they get too close, but now there’s a story. You’ve got a family to save, and without your truck you’ve got to run all the way to them! New guns, new tools, and new modes await you in this undead nightmare. Our Into the Dead 2 cheats and tips will help you survive the hordes!

Into the Dead 2 is just as action-packed and adrenaline-pumping as the first game. We’ve got some cool tips to help you through the zombies in our Into the Dead 2 cheats, tips and tricks strategy guide!

It’s important – and a little tricky – to keep in mind that you can’t manually reload your weapons in Into the Dead 2. You must expend the entire clip before your character reloads the gun, so in some instances it might be safer to waste a shot on purpose to fully load your gun. You never know – those few seconds might mean the difference between life and death!

Glance at the top of your screen every now and then. If you see one of your guns flashing, that means it’s empty or near empty and must be reloaded soon. Keeping your weapons loaded as much as possible at all times is key to being prepared for anything!

Every day there’s a new Daily Trial for you to test out a new gun. You’ll be generously rewarded depending on how many kills you can get during the trial. You can get silver, gold, and even gun parts! Try it out – it doesn’t cost any stamina and you can play the trial as many times as you like.

If you can’t score high enough to get the gold-tier reward, don’t sweat it. Just keep playing! Playing the Daily Trial seven days in a row will automatically reward you with a whopping 200 gold!

Each level in a chapter has five objectives that you can complete for a star. One of them is obtained for simply beating the level, while two are always kill-related goals, and the other two are varied. If you’re just starting out, it might be a little risky to go for the kill-related objectives.

These objectives ask you to kill a moderate amount of zombies, but this puts you at risk for running out of ammo. We recommend just focusing on the other two objectives if you want to play it safe, because sometimes they’ll ask you to do easy things like run over barricades or get a certain amount of kills on a mounted gun.

Keep in mind the key objectives that are required for you to unlock the chapter finale. If you’re going back to previous levels to work on key objectives, try to select a level where you still need to complete the side objectives. Once you’ve earned enough stars from completing side objectives you’ll be able to open a gun part crate!

Survival Mode runs off a different kind of stamina, so you should give it a shot. You’ll run through a set of stages and you’re scored on whether or not you survived and how many kills you got with certain weapons. Completing the level only nets you 100 points, so you’re going to have to go for kills to really put yourself ahead. You’ll be competing against other players, and the highest scoring players will be rewarded with sweet loot, including gun parts, gold, and even completely new guns!

If you notice that a level has a side objective that lists a special weapon you’ve never used before, you can find that weapon somewhere in the level. They’re highlighted by green lights just like ammo boxes and you’ll equip them as soon as you pick them up. Special weapons include chainsaws, garden trimmers, and more. These special weapons can mow down hordes of zombies so find them and utilize them!

Use shotguns for the multi-kill objectives!

A side objective you’ll see a lot asks you to get multiple kills with one shot. The perfect weapon for this is any kind of shotgun! Wait until you find a group of zombies huddled together, then run right up to them and blast ’em. A close-range shotgun blast is extremely deadly to anything directly in front of you.

You can also use specific perks to help you nail multiple zombies with one shot. The Piercing Bullets perk for handguns is extremely helpful, for instance. Just remember that perks are consumable and will be lost after you use them.

That’s all for Into the Dead 2. If you’ve got any other zombie slaying tips or tricks to share, let us know in the comments below! 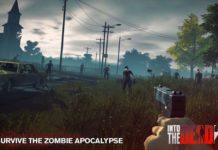