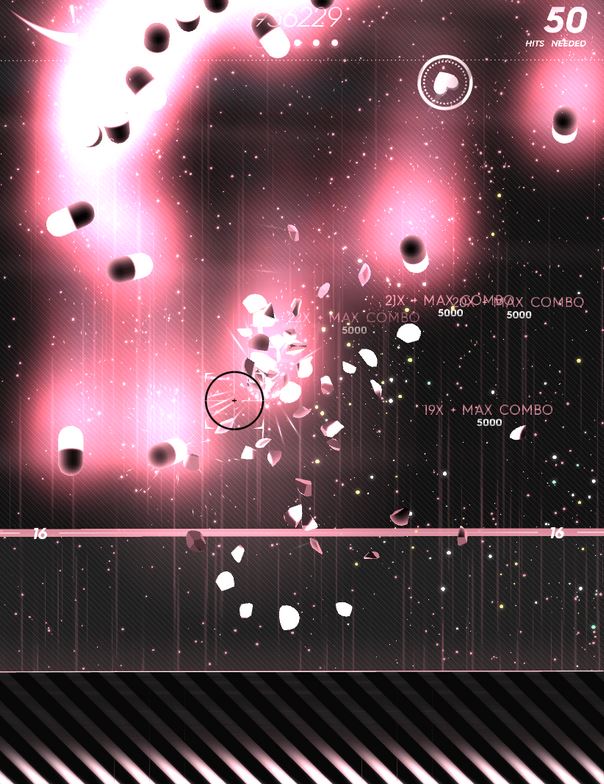 The unique futuristic shooter Intake, developed by Cipher Prime, is going to receive an iOS version soon, as revealed by the team recently.

Intake is not too different from other games developed by Cipher Prime, where music has a central role in the gameplay experience.

Cipher Prime describes the game as a “retro-futuristic drugstep arcade shooter”. The game’s premise is incredibly simple: you will have to avoid taking a lethal overdose litelary by shooting the pills flying from the top of the screen.

Things aren’t as easy as they may sound, since you will have to focus on specific colors at times and the number of pills falling down in each round is going to be higher the more you go on in the game.

Luckily you will also be able to grab vitamins during the game and trade them for upgrades. Power ups will also be available at times, allowing the player to clear the screen with ease.

If you think this gameplay formula can get repetitive quickly, fear not as many play modes will be available like Acceleration, Minefield, Reaction, and Flood, with each one coming with its own leaderboards. The game is also so fast paced that it will definitely be a great game to play on the go.

Intake is now available on PC and Mac, but an iOS version is currently in development and it will be released soon.

If you’re interested in the game, you can check out a gameplay trailer for Intake right below.