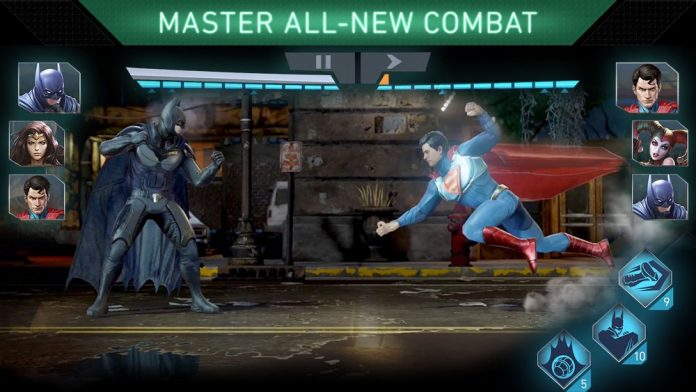 Injustice 2 Mobile has finally been launched on Android and iOS! The game spent quite a while in soft launch, but now the fighting game is available worldwide and we’re here to help you get better at it! Our Injustice 2 Mobile cheats and tips will provide a complete strategy guide to become a top player, progress through the game faster and enjoying everything it has to offer.

Although the mobile version of Injustice 2 has many obvious similarities with its predecessor, Injustice: Gods Among Us, there are many new things, improvements and changes. We’ll talk about all these and much more in our strategy guide, so let’s not waste a single second and let’s check out below some Injustice 2 tips and tricks (for the mobile game)!

Focus on completing objectives first
You get a set of daily objectives which have some really solid rewards – and you should do your best to complete them all each day in order to progress faster. There are also the Achievements that you should focus on (and you will automatically complete these by playing the game) since they help you unlock the 4 star Armored Superman. The sooner you complete these, the closer you get to unlocking this great hero!

Unlock heroes as soon as possible
The best thing (and only, in my opinion) to spend your diamonds on as soon as you start the game is unlocking new heroes by purchasing Hero chests. Even though you get a random hero drop each time you purchase a chest, it’s much better than getting the shards separately, simply because even if you draw a double, you get more shards than purchasing them separately.

There is an option to get 10 chests at once, but there’s no information about this purchase offering any advantage over purchasing them one by one. So my recommendation is to buy them as soon as possible to increase the number of heroes you have and therefore increase the options you have for doing more things at the same time and progressing even faster through the game.

Operations are your friend
This new addition to Injustice 2 Mobile is extremely helpful when it comes to making more money and even earning premium currency. Simply send the Heroes you don’t use to complete operations. And make sure you always have some working on these. Increase the Threat level of your Heroes in order to get better operations in the game!

Upgrade your favorite heroes
In my case, this is the strategy that I used and worked and therefore the one I would recommend: play the game with the basic Heroes only (which are normally Batman, Harley Quinn and Wonder Woman – plus Catwoman if you got the bonus) for one or two days. Get enough money to buy 3-4 Hero chests and buy them. Normally, you will get at least one 2-star hero, but you can get luckier.

Now it’s time to focus on playing and upgrading your favorite (aka best) heroes. Use the XP Capsules you’ve collected through regular play and level up the best star heroes to a decent level. Play with them only in order to level them up and rule the single player campaign, as well as multiplayer Arena battles. It’s the best approach than to focus on your starter heroes and invest everything you’ve got in them.

Finally, you can increase the star rating of your Heroes by collecting Hero Shards. This is a difficult, long process unless you spend real money and this is the reason why I am recommending to stick to your rarest heroes instead of trying to grow them into better ones.

Abilities & Talents
I’ve made the mistake of spending a ton of credits on upgrading the Abilities and unlocking Talents for my starting heroes (even worse, on Wonder Woman). This was a poor choice since even Credits take a while to pile up and you need a ton of them when a new batch of Heroes arrives. So wait until you unlock a few Hero chests before you start working on Abilities and Talents: usually, after unlocking your first 7 Hero chests using Diamonds you gained for free, you will no longer accumulate diamonds at a similar rate, so that’s when you should choose the Heroes you will focus on upgrading.

Each Hero can have multiple abilities: active ones that can be used during fights (the special attacks) and one passive ability that offers different bonuses. It’s extremely important to check out the details of all the abilities of your heroes, as well as testing them in battle to see which ones provide the best value. Upgrade those first and focus on them rather than the Talents early on because they are more cost-effective.

Heroes can also have multiple Talents, based on the number of stars they have. For each new star, you can unlock a new talent. Talents are randomly given to your heroes and you can reroll once for free, in hopes of getting a better one. You also get to choose which talent to keep after a re-roll, which is an added advantage.

Grind on Boss Levels
You will hit a wall in the single player campaign relatively fast. However, you can better your Heroes (or help new ones level up faster) by replaying Boss Levels. Choose a previous boss level, one that you can complete easily and do it over and over again. Not only that your heroes will gain experience, but you will also gain valuable loot – plus a chance at some extra equipment.

How to win your battles
We’re going to have a detailed guide on this soon, but until then, I’m here to share with you some important aspects to have in mind:

– keep an eye on your opponents and try to anticipate their moves. Sometimes, you will see a red bolt above their heads: that’s the time you should dodge.

– be careful when you use your special attacks and find the balance between using them or waiting for the bar to completely fill up. If you perform the special move when the bar is filled, it can’t be blocked or avoided. On the other hand, if you perform a special attack, it can be blocked or avoided – so make sure that you use them at the right time, so that they actually deal damage.

– there is no real strategy that works when it comes to battling other people – either in the Arena or the Story, but a combination of basic attacks, swiping back, tapping to shoot, then blocking seems to work great so far in my case. You can also swipe up in order to jump over projectiles, but apart from that, it’s your skill and hero’s power that matters the most.

Log in often, even if you don’t play
You get daily rewards from Injustice 2, as well as a freebie chest every few hours. Therefore, logging in as often as possible throughout the day is recommended, even if you don’t have time to actually play the game. Plus, you get to collect your Operations rewards and start new ones for increasing your resources!

So these would be our tips and tricks for Injustice 2 Mobile. We’ll have even more advanced and detailed guides for other in-game mechanics published soon. But until then, don’t hesitate to share your tips with the world by commenting below! 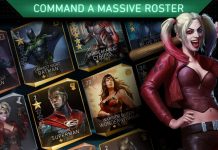 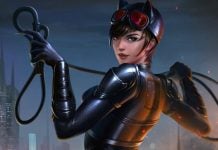