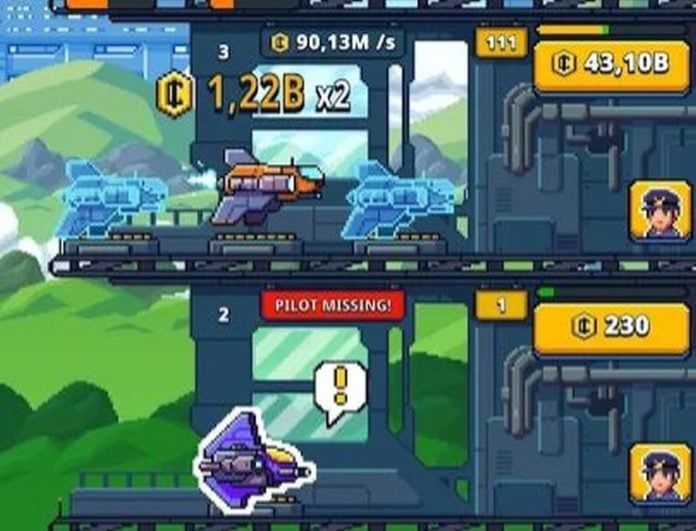 In our article today we will show you everything you need to know in order to build a huge fleet of spaceships and hire only the best pilots for them. So if you want to know how to earn a lot of money while both actively playing and during your offline time, then follow our guide right here below and you’ll find out!

Since this game requires you to be both active and… well, passive, it means that it’s going to be running even while you are not in game and earn income for you. So it’s a great game for both people who don’t want to spend all day playing and for those who have a lot of time to spend in game.

This kinda puts me in the middle somewhat, because the game’s graphics are absolutely lovely in my opinion (I love those cartoonish pixel-ish graphics) and I just love how the game works in general, since it allows you to automatize everything from the early stages. 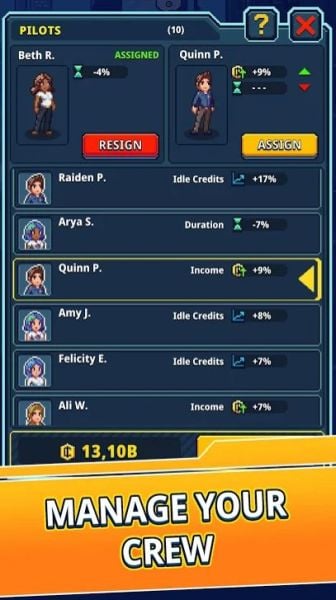 But enough with the praising now, because you can see that for yourself – you’re here for the Idle Space Tycoon tips and tricks, so let’s get right into it!

Hire only the best pilots

Whenever you unlock a new ship you will need someone to pilot it for you, right? Unless you want to do that yourself, which I have nothing against, but it’s really not ideal because you will waste too much time.

As soon as you unlock a new ship you should immediately hire a pilot – a good one! By doing so you will get some extra benefits from that pilot, from increased earnings while offline to extra money and less cooldowns.

I always go for those pilots with 2 stats instead of one, because that’s obviously better, and when you can choose between two with similar stats, always go for the one with the slightly better ones!

But now, you don’t have to settle with just the one you first draw. I suggest that you always Reroll them by watching an ad and choose to keep the best one of the two. This option is almost all of the time worth it, because you never really know what pilot might be hidden in there, so definitely take the time to reroll! 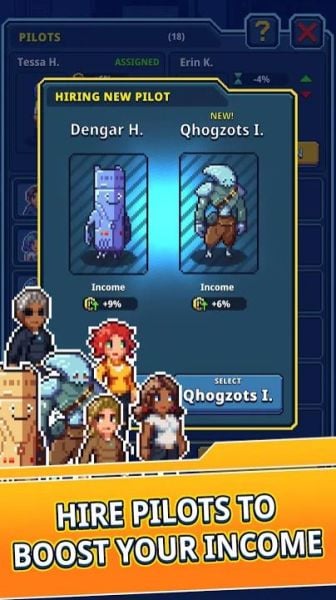 Take advantage of your offline earnings and double them

Whenever you are not actively playing the game (you got it closed or simply shut down the screen of your device) you will start earning offline funds, because your ships will not stop producing profit.

Also, once you log back in game you will get a pop up on your screen which will show you how much money you earned while offline. You can take the sum or double it! I really think it’s good to double it, because it’s a lot of money!

All you need to do for that is to watch an advertisement and you’re set. It will not take much time, and it’s a lot of money that you get for doing this, so it’s definitely worth the 30 seconds you spent watching the ad. 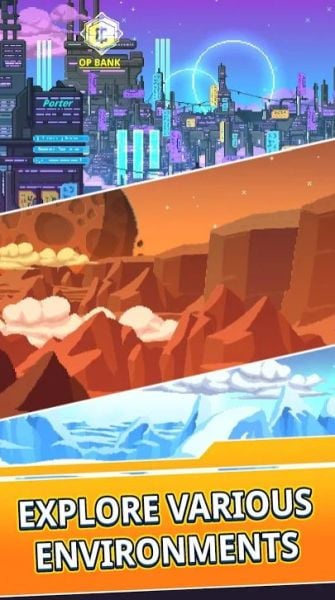 Swap out the pilots

I really urge you to do this one little thing before knowingly closing the game: swap all your pilots with ones which give increased idle earnings and possibly some other good stat increase. This is going to make a really big impact, especially if you go offline for a longer time.

When you are in game, playing actively and whatnot (making upgrades, buying pilots, etc) switch them to some others that you want to try out or work well while online, and just knock yourself out! There’s an endless sea of possibilities, so go ahead and try what ever you want!

Just keep in mind to swap them to the ones which give idle earnings before closing the game!

Every now and then you will see appear on the top left corner of the screen a shiny chest which will not stay for too long. Always take advantage of it when you spot it and tap on it. Once you open it it’s going to offer you a hefty sum of money in exchange for watching an ad. 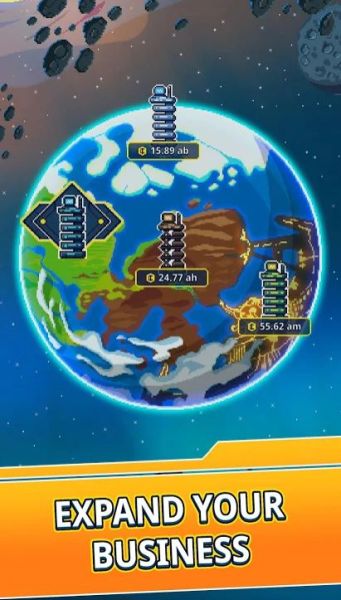 I always do this because that extra free income is really good if you want to upgrade the ship hangars as quickly as possible!

Upgrade all the ships constantly

You can make several upgrades to the ships’ levels, and they give quite a few good bonuses. The best one is by far the income increase, which is given as a passive for constantly making upgrades.

In my opinion it is the best if you could summon pilots at all times. It is never bad to have a few extra pilots at hand for when you want to swap them out among themselves. They cost some money (increasingly more money per every pilot you summon) and they will not go anywhere once you have obtained them!

Watch an ad do double all your income

In the bottom side of the screen you will see a huge old school pixel TV which says “BOOST”. There you can choose to watch an advertisement to double all of your income for a long, long time.

You can do this several times at once (until that red bar fills up) and that way you can ensure that you have double incomes for the whole day. This is a great and very easy way to make a ton of money without basically doing anything. 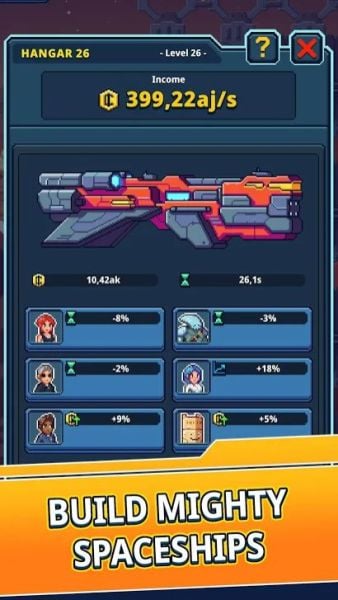 Stuck and maxed out? Why not unlock more areas?

There are quite a few areas you can unlock in the game once you completed the first one. At the moment only one more is available, which costs 29.40ab, but the others will unlock soon enough (we hope at least!).

Once you have reached the maximum potential out here in this Zone 1 you can head to the second one and try asserting your financial dominance there! And once the next ones unlock, even better! 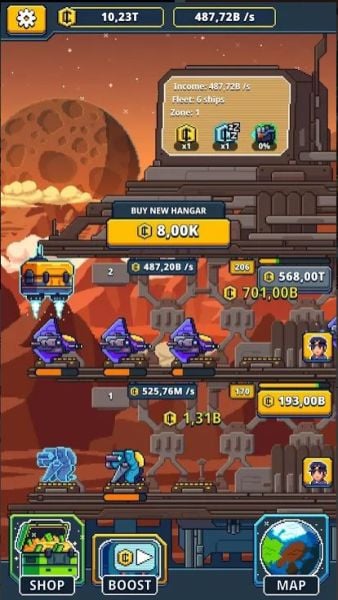 These would be all of our Idle Space Tycoon tips and tricks that we have for you right now! If you have some other cool tips to share with fellow players, leave them down in the comments below!