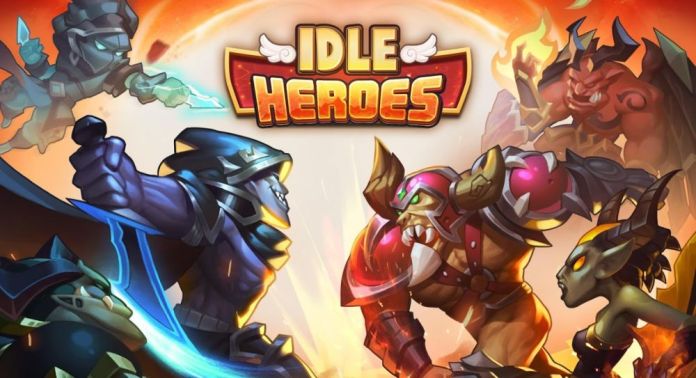 If you’re looking for some Idle Heroes tips and tricks that will help you get started on the right foot in the game and build the perfect team, look no further, as this article is all you need to read to become a pro player.

Idle Heroes is an extremely fun RPG and everybody seems to love it. We love playing it for the huge variety of things we can do in the game and for all the amazing heroes we can choose from. And today, we’re here to share with you a complete strategy guide for Idle Heroes: cheats and tips to turn you into a master player.

This is that type of game where you will have to invest a lot of time in order to build an amazing team of heroes and become one of the best, but the whole journey is absolutely amazing and fun.

Although this guide is mostly aimed at beginner players, even more advanced ones should read it in order to make sure that they don’t miss on an opportunity to get a 5 star hero or better their game even further. So let’s not waste a single second and let’s check out below some Idle Heroes cheats and tips!

Update: If you want even more in depth guides for the game, check out the ones below (they open in new tabs, so you can get to them after reading this guide):

Save Diamonds for 10 Heroic summons
The Heroic Summons are giving you the best heroes in the game and you should do your best to save the required amount of diamonds to get 10 in a row ASAP.

I know that it might seem impossible to get that many diamonds as you start playing the game, but you will see that in reality it’s relatively easy.

There are tons of rewards awarded each day and a lot of ways for you to earn Diamonds for free, so you will get there in several days if you are active. And once you do and get your 10 Heroic Summons (hopefully with a few 5 star heroes included), you’re ready to roll!

Building the best team
It’s worth noting that Heroes up to 3 stars are practically useless in the game in the long term. The 3 star heroes serve crafting and upgrading purposes, but for the most part, they are useless, so you should focus your attention on upgrading and leveling up your 4 star heroes and above.

The truth is that once you get a bit of experience in the game, the 4 star heroes also become obsolete, so as soon as you have a native 5 star hero (so not a 4-star one evolved to 5 stars), these will be your better ones.

But until you get a full line-up of six 5-star heroes it will be a while, so focus on the best heroes you have. They are pretty even in terms of stats and usefulness, so always follow these rules when building your team:

Place the two heroes with the highest health first, followed by the biggest damage dealers in the second row. The last hero you place should be the one that deals the most damage and/or has the lowest health as it will usually be the last one to die in battle.

Once you have a native 5 star hero or better, that will automatically be better than any other hero you already have (of course, they still need to be leveled up to meet their potential).

Always use the rarer heroes over the less rare ones because in the long term, they will become your main weapon.

Getting 5 star heroes
This is the trickier part and it will take you a while to get a full line-up of 5 star heroes. You can mostly get these rare heroes through Heroic Summons and I already told you that you should save money for 10 in a row (to get a discounted price and better chances at a rare hero).

Apart from the Heroic Summons, you can also get them from basic or friendship summons (although chances are slim), beating specific levels in the campaign or Tower of Oblivion or from the Wheel. So eventually, you will get 5 star heroes, just be persistent about it!

Are 4 star heroes worthless?
Eventually, most 4 star heroes become pretty much worthless. But since you have them for longer periods of time and you get the chance to bring them to 5 stars and above, some of them might prove useful. Especially since getting a full line-up of natural 5 star heroes takes a lot of time.

Based on what I played and strategies I used, I would recommend focusing on the following heroes in order to get a great line-up that will do well when upgraded to 5 stars and above:

Please note that the game constantly buffs and debuffs heroes, so you should always keep an eye on them if you’re just starting to play the game, making sure that the 4 star heroes you choose to focus are the best when you do so. And be ready to have them potentially nerfed at some point.

Complete the daily quests & battles
There are a ton of battles that you can complete each day, as well as quests, in order to better your heroes and become a better player overall. Make sure you do so.

Start your day by completing all the quests: they are easy to do and will reward you with nice rewards that will help you better your heroes. It is absolutely vital to do this each day!

Then focus on all the remaining battles that you can complete (Arena fights, Guild Fights, Tower of Oblivion etc).

The Campaign
That is the place that gives you, usually in idle mode, equipment items for your Heroes, new heroes and resources required to upgrade them. You should always battle in the Campaign for new missions because the further you go, the better your equipment and rewards will be.

However, if you want a particular piece of equipment, before leaving the game, you should select a campaign mission that gives you that item. Remember that you can always go to the blacksmith and craft better equipment from that collected in battle in idle mode, so try to do that often.

Another strategy, if you don’t really want to go through all the planning and micromanagement, is to simply set your heroes auto-battle a stage where you have the potential of getting a lot of different items as loot. These are usually boss battles.

It’s vital to know the requirements so that you don’t sacrifice at the Altar heroes that might be needed at the creation circle.

What to sacrifice at the Altar?
Heroes up to three stars are usually a safe bet for sacrificing at the altar. You can also sacrifice 4 star heroes, but only if you already have a solid team and you are 100% sure that they won’t be useful in the future, either as parts for the Creation Circle or in the missions in case you don’t have a full line-up of 5 star heroes.

Since their introduction, Monster Pets became very important in the game, especially early on when their boosts do make a difference.

I would recommend going for Dragon of Viper, as these are balanced and offer good bonuses, are extremely useful in the early stages of the game, but remain useful later on as you progress and build up your team.

As in most games of this type, in Idle Heroes it is also important to be part of an active, solid guild. So take some time until you find the one that works just right for you.

When in a guild, make sure to do your best to keep it as competitive and useful as possible by constantly investing in the guild tech – this should be the #1 priority. Investing in Heroes for shelter events is also important, so don’t completely avoid this as some players do.

Finally, when Guild Raid events are taking place, try to rank as high as possible in order to grab the best possible rewards and make it easier for you to play a better game.

These would be our tips and tricks for Idle Heroes. If you have more things to share with fellow players and great strategies, don’t hesitate to let us know by posting a comment below. Also, if you have any questions or suggestions on game elements you’d like us to cover, let us know.