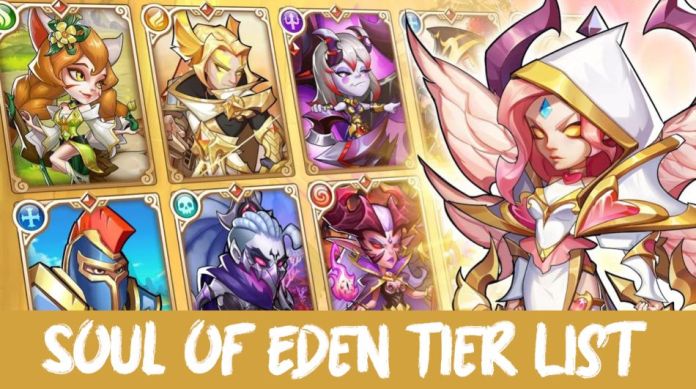 Do you want to assemble the best team possible in Idle Heroes? Then you came to the right place! Today we’ll share with you our picks for the best Idle Heroes characters, and compile a complete Idle Heroes tier list! You will find all of the best characters in the game in order, so pick your favorites (or the strongest) and get to battle!

These are some of the best heroes in the game at this point. They have a really powerful kit for PvE, but their PvP is not lacking either. Make sure that you add them to your team as soon as you get them because they’ll give you a considerable boost.

These heroes are amazing as well, and can provide a lot of utility or damage to the party. They can work great, and the total investment to make them viable is not too crazy. So, try to add them to the team and upgrade them because they’ll do an amazing job at their role.

The heroes below are quite strong, but might require some investment. If you have the means necessary to boost them, they can become quite strong. So, if you decide to upgrade them, it won’t be in vain.

Similar to the previously mentioned heroes, these ones are also quite good. Add them to your team if you can’t get better ones, or until you get better ones.

The B tier heroes are your average bunch. They are not too powerful, but not crazy weak either. They could do a pretty good job, but might not be viable for everything. Therefore, you will have to upgrade them eventually.

I don’t particularly recommend using these heroes, but they could be decent with plenty of investment and until you get better ones. However, try to swap them out for better units the first chance you get because they won’t get you too far.

If there is a hero I have not mentioned, that’s because they’re either not part of the current “meta” or their kit is simply too weak to fit the tier list (that, or they’ve been released after this article’s been published).