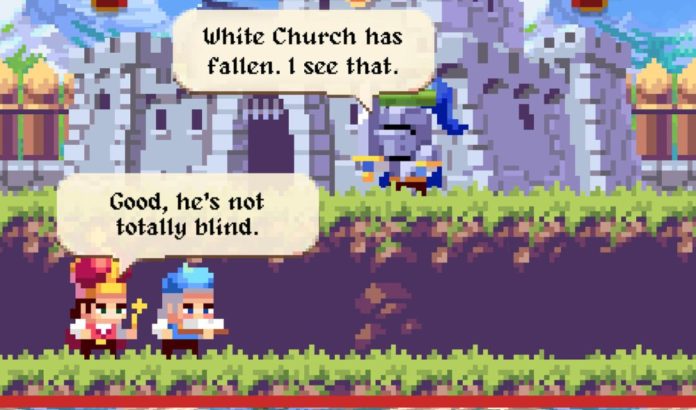 If you are like me, a fan of incremental games, then you will absolutely love Idle Empies. The newly released game brings in a ton of humor and innovative game mechanics – things that we’re always looking for in our idle games. And to make things a lot easier for you, we’re here to share some Idle Empires cheats and tips to help you progress faster and get everything from the game.

Making more money, progressing faster, building a super army and unlocking everything there is to be unlocked in the game – that’s exactly what you’re getting from today’s guide. So let’s not waste a single second and let’s check out below some Idle Empires tips and tricks!

Upgrade and level up the right way
Each building and character working on it has a maximum level in this game. Buildings can only be leveled up a few times, but each upgrade gives a huge boost to profits. This means that it’s really easy to find the perfect way to upgrade each building:

As soon as you unlock a new money-making building, upgrading the previous worker makes little sense usually profits-wise. But you will still have to max out all workers for other bonuses, but we’ll talk about them later on.

Keep an eye on the revolt meter
People get unhappy because of your measures and upgrades, but you can easily stretch their limits and make it easier for you to get as far as possible.

When the meter reaches the maximum level, the people will revolt and you will have to flee. However, you can reduce their unhappiness by purchasing various upgrades with real money (like the ones you can get from the Priest, Wise Man etc), by getting Unrest modifiers from the Aliens and increasing the maximum value on the unrest meter.

In order to increase the maximum unrest value – and do so permanently – you can complete the Pledges, Achievements and/or get new Entourage and upgrade their skins.

The best way to keep unrest levels under control is purchasing the unrest modifier from the Aliens, the one which reduces unrest by a given amount per second. That’s one of the first things you have to purchase and always upgrade it when you have enough alien heads because this gives you a better chance to keep going and unlock new stuff in the game.

Tap as often as possible
You get amazing profits for tapping while in the game – try to do so as much as possible, especially early on or immediately after unlocking a new building. This helps you progress a lot faster and the more buildings you unlock and further you go in the game, the easier it will be after a new reset.

Watch ads for more money
Every now and then, you get the chance to watch ads in order to get some money. The more advanced your progress, the more money you will make per ad you watch, but generally it’s worth watching them all. You can also double your income once per day by watching ads after being away for a while – do so after the night since that’s when you get the best profit.

Alternately, you can make a purchase in the game to remove ads: this not only gives you other good bonuses, but also allows you to collect the ad money each time it appears without actually watching the ad.

Alien heads don’t give bonuses
In most idle games, the currency you get after a reset normally gives you some sort of profit bonus. In Idle Empire, this doesn’t happen and you only get bonuses from stuff you purchase from the aliens. So unless you’re trying to pile up enough heads for a specific buy, try to always spend as much as possible because that will help your game more than having unused heads.

One great way to spend Alien Heads when prices for upgrades become too expensive is purchasing chests for relics. There are a ton of relics to unlock and they offer great bonuses that pile up and help you a lot in the long run.

These would be, for now, our Idle Empire cheats and tips. If you have extra advice that fellow players would find useful, don’t hesitate to share it with us in the comment section below.