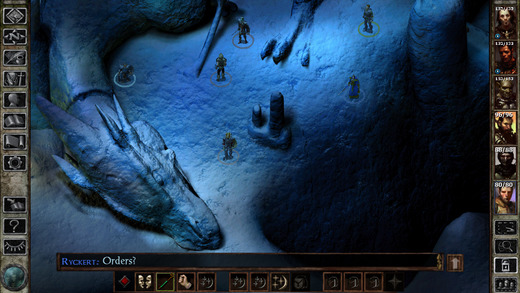 Icewind Dale: Enhanced Edition, the enhanced version of the classic role playing game released late last year on the App Store in all regions, can now be purchased for a reduced price.

The classic role playing game is now available on the App Store for half its usual price, $4.99 instead of $9.99, so make sure to take advantage of this deal as soon as possible if you haven’t purchased the game already as this deal will probably not be available for much longer.

Like the enhanced editions of the two Baldur’s Gate games released a while back on the App Store, Icewind Dale: Enhanced Edition sports some enhanced features like improved graphics, a reworked interface that makes playing the game on touch devices more comfortable as well as new spells, equipment, kits and classes. Also included in the Enhanced Edition are the Heart Of Winter and Trials Of The Luremaster expansions as well as new quests that were meant to be included in the original release but were ultimately cut.

Icewind Dale: Enhanced Edition is now available for purchase on the App Store for the reduced price of $4.99. This deal will probably not be available for much longer so make sure to take advantage of it as soon as possible if you love role playing games.