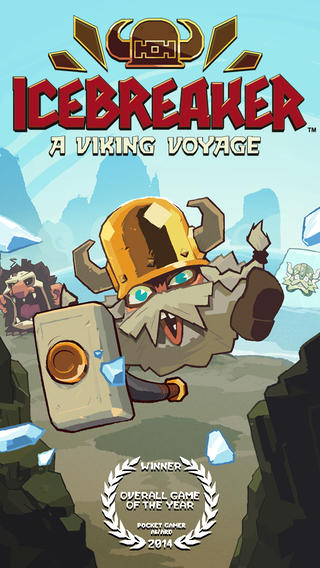 Deadly winter winds have swept all of the Vikings away! They’re stranded throughout the arctic lands, surrounded by traps and man-eating trolls! It’s up to you and your icebreaking skills to solve physics-based puzzles to free all of your friends! Icebreaker: A Viking Voyage is, as mentioned, a physics-based puzzle game that has you cutting up ice in strategic positions to collect all the coins and save your friends. We’ll guide the way with our Icebreaker: A Viking Voyage cheats, tips and tricks strategy guide.

Are you ready to become the new icebreaking champion with our Icebreaker: A Viking Voyage cheats, tips and tricks strategy guide? Let’s get started!

Coins will be littered throughout the levels. Sometimes they’ll be floating around in plain sight, sometimes they’ll be resting a locked chest. If you knock these chests onto your boat, you’ll open them, usually claiming three coins. These coins are needed to open up paths in the later levels, so don’t skimp out on them! Remember that the floating ones can only be collected if a friendly viking comes in contact with it, so strategize your slices so that they fall into the coins.

2. Look for thin/weak parts in the ice!

You can usually get some sort of hint where you’re supposed to slice if you look around the environment. Look around to see if there’s a thin point in the ice! Sometimes you’ll also find crevices in the ground that are shaped perfectly for a ice formation to slide into. Keep a sharp eye about you!

After you past the first set of levels, you’ll start to encounter troll snot. It looks like green gooey substances splashed on the environment. If any kind of object that can move comes in contact with the snot, it’ll attach to the snot by a gooey thread. Gross! It keeps the object in place, though, so this is kind of useful for repositioning or momentum manipulation. The thread can be cut at any time, so wait until the object is in the right place!

Sometimes the levels will have an side objective for you to complete. It’s not required to fulfill these objectives to pass the level, but if you do, you’re awarded with a golden jigsaw piece. I have no idea what these pieces are for but they should be good for something, right? The first time you’ll see these is probably starting with the levels where you have to rescue the goats.

5. Don’t spend your coins on the alternate paths!

The world map will split sometimes in two separate directions. If there’s a gate, you can only pass if you cough up enough coins. Note that you actually lose the coins; it’s not just a criteria to reach! These paths offer different levels, but you should save your coins. At the end of each world there is another toll gate and you have to pay to access the last level. You can come back and unlock the rest of levels later.

6. You don’t need to be perfect in a single run!

If you manage to save all of the vikings but miss a coin or two, the level will be marked as completed but you’ll still be missing those coins. Don’t worry, as when you go back, any coins you’ve already collected will be greyed out, and you don’t need to bother with them again. This makes it much easier to complete the level entirely in multiple runs. This is especially important once the Par counter comes into play, where you need to finish a level within a certain amount of slices. Do note that meeting the Par isn’t necessary to complete a level, but achieving it unlocks bonus levels.

You can buy some power ups in the shoppe if you’re feeling overwhelmed! Unfortunately though the only way to obtain these power ups is to buy them with real money, so only do it if you have given up. Don’t fret though, as it’s possible to complete each level with just your wits and slicing abilities!

That should cover the basics. The rest is up to you and your puzzle solving abilities! If you have any other questions or suggestions, leave a comment below. Good luck, vikings!