Home Game Guides I, The One Guide: Tips to Win More Battles 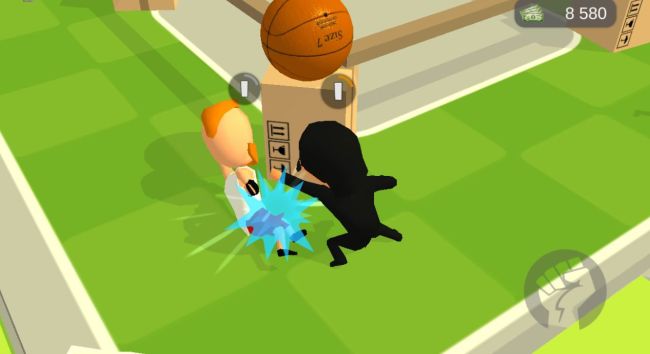 In today’s article we are going to dive into the I, The One tips and cheats and help you learn everything that you need to know in order to win more battles and end up the last man standing!

Because this game is a type of fighting game which relies on throwing enemies off the arena, trying to level up by dealing punches and knocking down the enemies and all in all getting stronger, all that I am going to tell you should help you improve and better understand the game!

So without further ado, let’s dive right into the I, The One tips and tricks and teach you everything that you need to know in order to win more battles and get stronger!

Avoid getting thrown out of the arena

This is going to be the very first point I want to make, because it’s what the game is all about.

You can win the game by being the last man standing at the end, because eventually all of the characters will get thrown out of the arena.

Arguably the most important thing you must do is to always get up and try to avoid walking next to the edges, because if you get a punch that will throw you several steps backwards, this will be the recipe to you falling off!

Practice to get used to the controls

The controls are fairly easy, but you really should get used to them before you start battling because you need to learn the range of your punch, to know when it’s best to hit and such.

I suggest that the very first couple of times that you play, don’t expect too much and just try to get used to when it’s best to hit the enemies and what a good positioning would be.

That way you will get much better at the game, because as that old saying goes, practice makes perfect!

Watch an ad to get extra Money

After the fight is over, you will be in the post-game lobby / interface where you will see your score, placement and other such info.

There you can see in the middle bottom side of the screen a button which offers you to watch an advertisement and in exchange it will give you some free Money!

I suggest that you do this every time that you play because that is some extra cash that will add up and allow you to improve your character even further! Basically you just need to save up Money in order to unlock stronger characters, because that is the key to victory.

In the game it is all about having the stronger fighter pretty much, if you want to win and get a lot of KO’s often. There are a few stats which will help you win, such as agility, strength and such and you can unlock various fighters possessing these abilities!

There are two types of fighters that you can unlock:

– The f2p fighters: They usually require ads to be unlocked, but they can also be purchase by using in game money which is earned by winning battles and watching ads! I suggest that you scroll through the list of fighters and find one with the stats that you like, and farm watching ads in order to unlock that fighter.

– The fighters unlocked only with money: These fighters have slightly better stats than the f2p fighters, depending on the fighter. Now I would suggest that if you have one of these in mind, then make sure that you save up all the money you can and try to unlock it!

I would suggest that you don’t bother with the very first couple of fighters, and instead watch some ads to unlock the ones which give you more than 1 stat increase, even though they will require watching more ads to unlock!

That way you will know for sure that you have a strong character that you can use in the future for quite a while.

In the left side of the screen you will have your two options which are the following:

– Equip a random item (glove): This can be bought with money, so you can choose whichever one you want. It’s not mandatory, but you can choose one because they are fairly cheap and they make your character a little more unique!

– Give your character extra boost: This will instantly upgrade your character to a certain level (let’s say 5) which means that it will deal stronger punches and kicks and will have the upper hand in the battles. It will require you to watch an advertisement for this one, so if you want to win, this is an extra something you can do for that!

Always try to stay around the middle

I would really advise you that if you want to stay in the game for as long as possible, then you don’t spend a lot of time next to the edges because you might end up falling off in just a couple of moves!

It’s a lot easier for players to throw you off from the arena if you are relatively close to the edge, so try slowly moving and standing in the middle, because that will be easier.

However, if you are in a 1v1 with another player, then it’s best to not let yourself open in the middle and just try to predict where they might be coming from.

These would be all of our I, The One tips and tricks that we have for you right now! Do you know some more cool battle tips and strategies? Feel free to share them with us and the other players by leaving them down in the comments section below!

I, The One Guide: Tips to Win More Battles