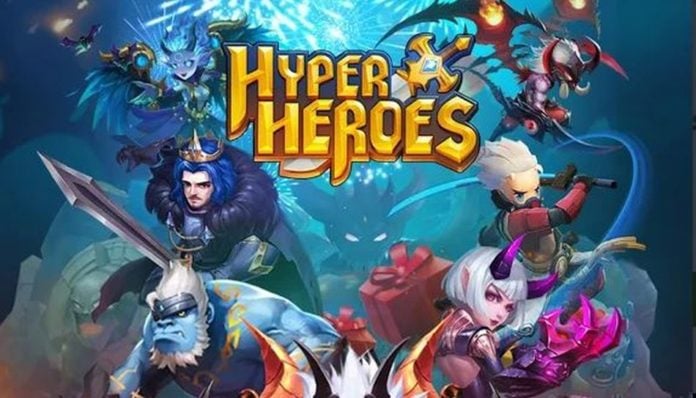 You might have played this game just as much as we did, and this question might rise at some point: What are the best heroes in Hyper Heroes? Well, if you’ve asked yourself that you might as well learn your answer in this article and also learn the heroes tier list! If a hero is a good catch or not, you will find out right here! 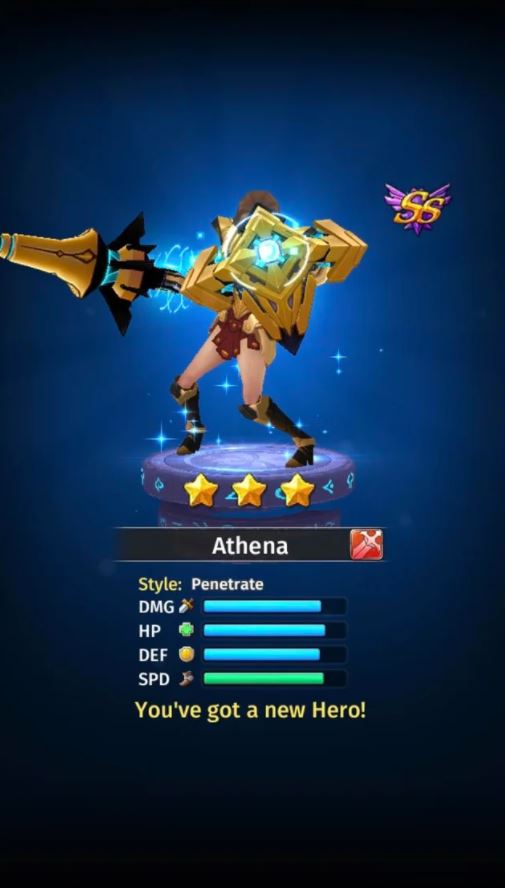 Unique Skill: Summons the spear of Zeus to attack the designated enemy, the spear will instantly kill the enemy if their HP is below 15%.

Combo Skill: Conducts a shield charge at a random enemy, dealing attack damage and expels magical buffs from the target.

Finish Skill: Casts a swiping attack with the spear at the nearest enemy, hurting all enemies within the area of effect and breaks their shields.

Passive Skill: After casting Promachos (Finish Skill), adds another charging attack at the nearest enemy, dealing Attack Damage to enemies in the path and provide all allies with Attack Damage Mitigation Shield that reduces Attack Damage taken by 30% for 3 turns.

The Attack Damage Mitigation Shield will provide immunity to Bleeding, and can be removed by Broken Shield. Inspiring your allies with your Blessing of Goddess: For once only at the start of the battle, provides all allies with 200% speedboosting till the end of the battle. The speed boosting buff can be dispersed or removed by slowing debuff.

Unique Skill: Casts a naughty list at the designated direction, dealing Attack damage and making it for a follow-up barrage of fireworks and rockets. The barrage deals Attack Damage to enemies within the area of effect and has a chance to stun for 2 turns.

Combo Skill: Shoots a random enemy with a frost shot that explodes upon impact, dealing Attack Damage to enemies within the area of effect whilst slowing them down by 90% for 2 turns.

Passive Skill: Adds a frost breath after casting Frost Launcher, dealing Magic Damage to enemies within the area of effect with a chance to bind for 2 turns. Dispenses a little Doomsday Spirit once only at the start of the battle. Doomsday Spirit: For 4 turns, provides 50% speed boost to all allies and makes them immune to cc.

Finish Skill: Inserts the chains into the ground and strike the farthest enemy from below, dealing attack damage and nailing it down for 2 turns. Heroes nailed down by this skill cannot move or cast.

Passive Skill: Upon casting Spookysting, more chains will emerge, dealing Attack Damage to other enemies and nail them down for 1 turn. Heroes nailed down by this skill cannot move or cast.

Unique Skill: Releases the overbearing power at the designated direction and sends 5 dragons swiping across the battlefield. The dragons will deal Attack Damage to enemies in their path, with a chance to bind for 1 turn.

Combo Skill: Turns to the nearest enemy and summons 3 elevating golden dragons, dealing attack damage to enemies within a growing area of effect.

Finish Skill: Leaps towards the nearest enemy for a devastating blow, dealing Attack Damage to all enemies within the Area of Effect.

Passive Skill: Frost Fair Slash now sends out 4 blade winds upon impact, dealing Attack Damage to enemies in their paths. Demonstrate your Enduring Bravery by casting Combo or Finish skills: Fully heal your team in the 4th turn after activation. This effect can be triggered only once per battle.

Combo Skill: Turns towards the nearest enemy and smashes the ground, dealing Attack Damage to enemies within the Area of Effect. Then, receives a stackable layer of armor boost that increases armor by 100%. This buff can stack up to 4 layers and lasts for 5 turns.

Finish Skill: Plunges the golem’s fists into the ground and attacks all enemies from below, dealing Attack Damage to all enemies in the area of effect. Then applies Lured to the nearest enemy that lasts for 4 turns. Lured enemies will be forced to select the hero that inflicted the effect as target for ramming attacks. At Maxed Skill level, Has a 100% chance to lure enemies of the same level.

Passive Skill: Upon casting Witch’s Charm, also creates a magical aura that lasts for 2 turns, dealing magic damage to enemies ramming Valerie, also has a chance to halt them. Protect your allies with the Redclay Guardian: At the start of the battle, provides all allies with Attack Damage and Mitigation Shield that reduces Attack Damage received by 90% for 9 turns. However, the shielding buff will lose 10% of its effectiveness every turn. The Attack Mitigation Shield will provide immunity to Bleeding and can be removed by Broken Shield.

These are the best heroes in my opinion, but there are a few more to take into consideration:

If you are looking to make some really good team comps, there are a few you could try:

My personal favorites are Monkey King and Valerie, along with Tic-Tac-Tom and Lord Guan. It is an amazing combo, and I believe they work really well together (to my personal playstyle). But since we don’t all have the same way of playing, you might not find it as useful as I do, so try a combo from the list above!

All the heroes we shared above are the best possible you could get, so start gearing them up and promoting them to create the ultimate team! Also, don’t forget to check our Hyper Heroes tips and tricks and if you have some other good hero suggestions for the game, leave a comment down below and tell us why! 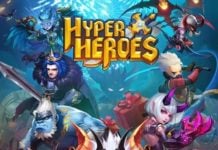