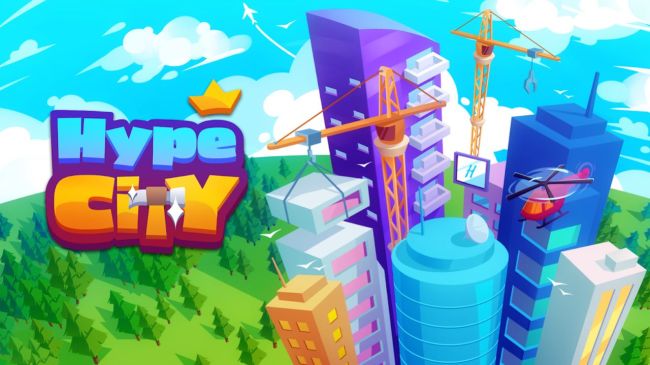 In today’s article we are going to share with you all of the Hype City tips and cheats to help you build the cities, so that you can make a lot of income and be able to make various upgrades, from the smallest, to the biggest buildings!

Hype City is unlike some of the more typical idle games, as it will require you to spend quite a lot of time in game making upgrades and ensuring that everything is up to date. That is, because the buildings will not be upgraded with one click alone – you will have to play some in game minigames which will allow you to make said upgrades!

Therefore, if you want to learn everything there is to the game you came to the right place! So let’s not waste another second and dive right into the Hype City tips and tricks right here below!

Start building in the empty slots

The city will expand (and keep expanding) as you build more and more, and you will have to keep on building if you want to keep up with the money needed to build more. That can be done by placing one of the buildings which you got into one of the empty slots.

The slots will each be able to hold one type of building, so if you tap on each on the individual sites that you see there you’ll see what you can fit in there. For example, the light blue sites will hold basic houses – the green sites will hold landmarks and so on.

To unlock a new building site you will have to own the Gold necessary to buy it (will show you the amount next to each site) and you will need to also own that type of building. If you want to know whether or not you own that building, you can tap on the empty site and below the “Buy this site?” window you will see the type of building that is and also how many of them you have.

In my opinion you should always build as much as you can, but try to place your most profitable buildings down first because that will give you more income. If you don’t have a lot of buildings to choose from just yet, just check them all out and see what will give you the most stats – later on in the game you’ll unlock more.

Learn how the buildings work

Each of the individual buildings will have a type, and other than that you will be able to also upgrade them to make more money over time. Upgrades will cost Gold, but you will also have to play a minigame to complete them.

Think the puzzles through

The puzzles will start off easy, but the more you build and upgrade, the harder they will get. I suggest that you try to understand as best as you can how they work and also play the puzzles instead of just watching an advertisement to skip it.

Usually the solutions are pretty simple, but you will have to develop some strategic thinking when making upgrades later on, so for that you will probably find the following quite helpful.

Skip the puzzles when expanding

When you’re expanding, you will be able to skip the puzzles which you have to solve for free, if you choose to. The buildings can be upgraded several times before it will show you the Expand option, which will increase that building’s quality and change its look.

To skip the puzzles when expanding you can choose to watch an advertisement, or you can pay in Gems (but I really advise against it, because you should use the Gems for other more useful stuff). I suggest that if you want to make the expansion fast you do the puzzles, because they will take just a few seconds (if you figure out the pattern fast), whereas an ad will take probably around 30 seconds.

When you have gathered some Gold, you should try to spend it on building, but also on leveling them up. That is, because you will be able to increase the amount of money you make passively.

So try to upgrade the buildings to milestone levels (10, 25, 50, 100 and so on) because then the buildings will receive some extra stats and they can expand. So try to focus on leveling all of them equally – first to level 10, then to 25 and so on.

Focus on leveling up the Bank to store more money

While you are constantly gathering Gold, you will be able to store it in the Bank. That’ why it is important to constantly upgrade it, because it will let you store more money while you are offline.

Try to spend some money on upgrading the normal buildings, then invest everything into upgrading the Bank because while you are offline you will make a lot of money – and that will be stored in the Bank. So if it takes longer to fill up, you will be able to stay offline for longer and still make money.

If you have made plenty of upgrades and you are pretty much low on Gold, then you will have to wait to save up some. In my opinion, since this is an idle game, you should go offline when you have nothing else to upgrade and wait until the Gold goes up again.

I always like to spend everything that I make on upgrades (which results in me making even more Gold) and then go offline again and let the Gold fill up again. I found this to be the best approach to idle games, as that will let you enjoy both the game and not have to spend hours on playing at a time.

Once you log back into the game after being offline, you should try to double those offline rewards by watching ad advertisement. This is super easy and it will take only a few seconds – up to 30 seconds.

Another option would be to spend 20 Gems to triple the offline rewards, but if you want to save them up, just watch an ad and get double rewards. For f2p players it’s better to save up the Gems, whereas if you are a premium player you’ll probably find the 3x rewards good.

In the game you’ll be able to claim tons of rewards, without spending any money into the game. So if you want to benefit from free Gems and Gold, then let me tell you where you need to look for them!

In the train station you will notice the Reward Train appearing every now and then. You can claim the rewards from the train every 2 hours every day, and it will give you plenty of Gold. So try to check out the game every 2 hours so that you can get them.

These rewards will help you save up Gold and make upgrades, so try to remember to look for them while you’re playing (or coming back from AFK).

Look for the Reward Helicopter

Just like the Reward Train, the Reward Helicopter will also give you some random rewards – Gold or Gems, but more often than the train. This will hover over the city, and you can’t really miss it because it’s a pink helicopter!

All that you have to do is watch an advertisement to claim the rewards, so if you are running low on Gold, look for this because it will appear pretty often!

So try to log even if you don’t plan on playing because the rewards will add up!

Get new buildings and characters

If you are trying to get new characters, all that you need to do is head on to the Shop tab where you will be able to get various containers! Here’s what they give:

– Small Box: this box will contain at least 1 item (more often just 1 item), and it can give you any Common or Rare item. This can be claimed for free by watching an advertisement or bought with in game Gold.

– Medium Box: this box will contain at least 2 items, and you can claim free every day (without having to watch an ad) a couple of them, but normally they cost 50 Gems. They can give you any Common – Rare – Legendary item.

– Large Box: this box costs 150 Gems and it will contain at least 4 items, with Legendary items having the highest chance of dropping. Try to save your Gems to buy these boxes because they are super worth it.

While you are in game, I suggest that you watch an advertisement and double all of your income for a while, because that will help you gather more money while you’re playing / AFK. This can be done by watching an advertisement (tap on the orange button in the bottom – middle part of the screen) and it will activate double income for 30 minutes!

These would be all of our Hype City tips and tricks that we have for you right now! Do you know some more useful game tips and tricks? Make sure that you share them with us by leaving them down in the comments section below!