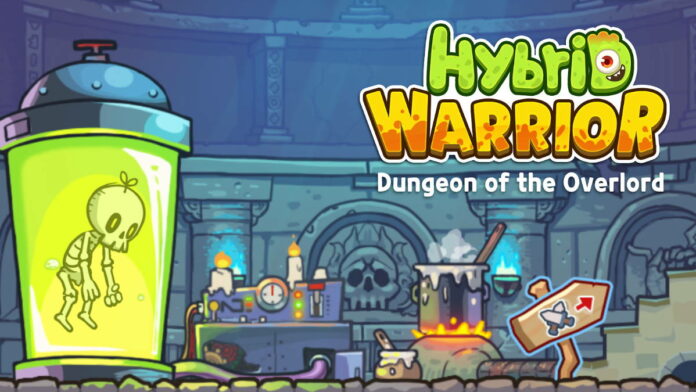 Sacrificing himself to defeat an evil monster, a hero uses a forbidden spell and now his body is completely stripped of flesh! Now, he must collect monster parts and become a Frankenstein’s monster in Hybrid Warrior: Dungeon of the Overlord, a dungeon crawling idle game where you get to build your own hero from the monsters you slay!

In our Hybrid Warrior: Dungeon of the Overlord strategy guide, we’ll go over some general tips and tricks on improving your hero and surviving the dungeon.

Pay Attention to the Elements

Hybrid Warrior features a simple elemental system. There are three elements: fire, water, and earth. Fire beats earth, earth beats water, and water beats fire. The game isn’t too transparent with this mechanic, so paying attention to it can give you the upper hand on certain opponents.

The element you attack with is completely determined by your currently equipped weapon. Look for the symbol next to the weapon name when you’re equipping a weapon, and it will tell you what element it is. If you’re facing against a boss of a particular element, it may help to use a weapon with an element it’s weak to.

Your warrior’s current element is determined by the monster parts you are using. If you go into the Hero tab and the Enhance tab, you can see your current elemental make up under the hybrid meter. Let’s say you’re mostly fire, with a little bit of water and no earth – you’ll take increased damage from water attacks and slightly more damage from earth attacks.

Also, remember that some monsters (and their respective parts) have skills on them that decrease the damage received by certain elements, on top of the natural elemental system, like Fireproof, Frostproof, and Earthproof.

Make sure to do as many of the daily missions as you can before they reset. Most of them are worth precious gems, but some of them also reward you with temporary power ups that can make your dungeon treks a little easier.

Arguably the most important daily mission however is the one to head into the dungeon three times. Completing this mission will reward you with two equipment lottery tickets, and this is the only way to earn new gear for your warrior without having to watch advertisements or pay gems to do the premium pull.

Your monster composition is going to be your core progression booster. Equipping various new monsters parts will increase your attack power and HP while granting you special skills that can make combat easier. For the most part, you can generally stick to just using whatever parts have the highest stats on them, unless you’re going for a specific elemental or skill build.

Aside from that, make sure to be constantly spending your gold on enhancing your stats in the enhance tab. You typically don’t need to worry about crafting monster parts early on in the game as the stuff you make will probably get outdated very quickly.

If you need gold, make sure to visit the gold dungeon in the special dungeons. You get three keys to use every day so don’t let them go to waste!

Investing in the Glove

The glove is a nice compliment to your dungeon crawling. The damage starts out nice but quickly gets outclassed due to how hard it is to upgrade the glove, which requires threads that are rarely obtained from dismantling monster parts.

Enhancing a glove increases tap damage during a dungeon run, but each glove also comes with a passive bonus that helps out as well. You don’t even need to equip the glove for it to take effect either – you just need to own it. For example, some gloves increase your attack power while others increase your movement speed.

The glove boosts are helpful only if you actively attack during the dungeon. This game can be an idle game and you can simply rely on your warrior to get through the dungeon on its own, but if you want to add in the damage then investing in the glove is worthwhile.

That’s all for now about Hybrid Warrior: Dungeon of the Overlord. We’ll be back with another guide on dismantling soon, so stay tuned! 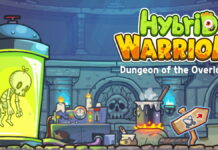