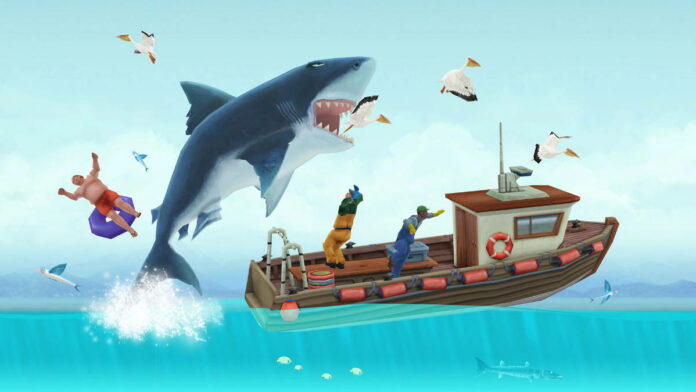 Hungry Shark Evolution is a fast-paced action game where players cause as much underwater havoc as possible by eating and destroying everything! Players will start a small and humble shark but eventually unlock massive bio-weapons, but which ones are the best? This list will cover the best sharks in Hungry Shark Evolution!

The Luminite is, without any contest, easily the best shark in the entire game of Hungry Shark Evolution, but expect to grind for a while before you can afford this beast of a shark. Luminite can attack with its razor sharp horn when it boosts, allowing it to severely damage anything in its path. During a gold rush Luminite’s horn lasers activate, blasting anything and everything in sight in the blink of an eye. Nothing can stop this absolute monster!

The mighty Kraken gives even the best sharks in the game a run for their money, as nothing can stop this thing once it gets going. Whips of Chaos allow the Kraken to eat and destroy just about anything in its path, including boats and ships! Tentacle Saw activates during gold rush and the Kraken becomes a whirling ball of doom, letting you rack up tons of points by completing annihilating everything around you!

Even with Luminite’s release, many players still prefer the Kraken, mainly due to its high mobility and destructive power, which makes it easy to keep up multipliers and enter gold rush faster.

As strong as it is scary looking, the Abysshark can gobble up the entire ocean in a matter of seconds thanks to its Void Mouth ability that lets it suck up anything in front of it. The Abysshark is a colossal shark capable of breaking large rocks and can eat up anything, and it can even use psychic shocks from its Mind Control ability to stun fish temporarily.

Sharkjira is a colossal giant that is probably the most unique shark on this list due to its land-oriented nature. When playing as Sharkjira, cities will spawn on the surface and Sharkjira can crush them with relative ease. Sharkjira also has access to a powerful breath attack called Atomic Breath. While Sharkjira cannot eat every enemy in the game, it CAN destroy them with its Atomic Breath.

This concludes the list for now, so you have an idea of what to work towards. Just keep in mind that Ubisoft is adding in new sharks with each major update, and they’re always more powerful than the last one! 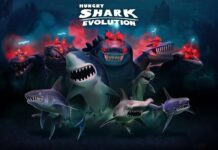