Home Game Guides How to Use Yasuo in Ruined King: A League of Legends Story 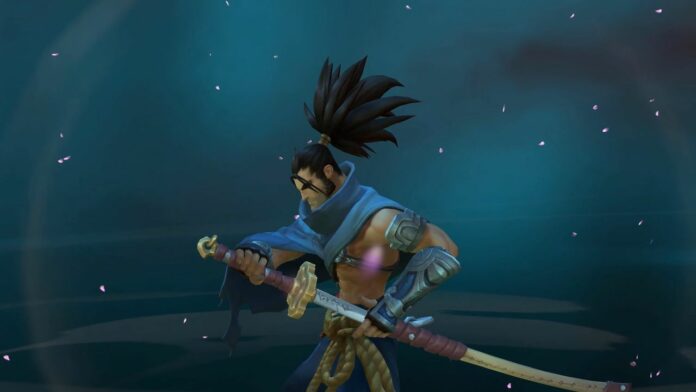 While Champions in Ruined King: A League of Legends Story can be pretty versatile, their ability set makes some of them more effective at playing a certain role in battle.

This is definitely the case of Yasuo. The swordsman from Ionia is a powerful yet fragile warrior that can be devastating in the right hands, but that can do little else other than hitting enemies fast and hard.

Here’s how to use the character properly and all the ability he learns.

How to Use Yasuo in Ruined King: A League of Legends Story

Yasuo, like mentioned above, is an offense-oriented character, and one of the game’s most powerful Champions. He specializes in dealing huge amounts of damage to both single and multiple targets, thanks to abilities like Sweeping Blade, Gathering Storm, and Raging Wind. The latter two can also be used without any mana or Overcharge cost by stacking Steel Tempest, which grants free use of either ability once it has reached maximum amount.

With his extremely high Haste, Yasuo is a very fast character that can act multiple times in a short amount of time. One ability, Rising Wind, also has the chance of granting Yasuo an extra turn, chances that can be increased by improving the ability, so the swordsman from Ionia is the character to bring if you want to win fights as quickly as possible.

To show his true potential, however, Yasuo needs to be accompanied by a tank like Braum or a strong healer like Illaoi or Ahri. He has very little HP and low defense, so he usually goes down in a few hits. While Wind Wall can reduce all damage taken by a significant amount, and stacks of Flow do grant him a Damage Shield, you should not rely on these too much, as Yasuo is at his best when he can relentlessly slice up his enemies.

Below, you will find all Instant, Passive, and Lane abilities that Yasuo learns.

How to Use Yasuo in Ruined King: A League of Legends Story