Home Game Guides How to Use Medusa in Dislyte 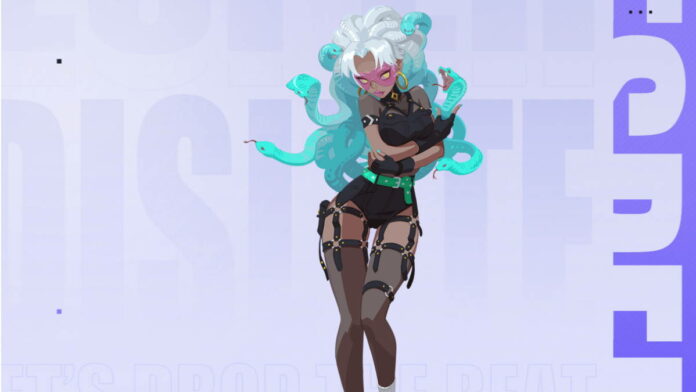 Melanie was once a seemingly normal bartender, but few knew her true power: the ability to petrify her enemies using the gift of Medusa. Medusa is an epic rarity Esper in Dislyte, and she can help disable your opponents by petrifying them. Today, we’ll show you how to use Medusa in Dislyte!

How to Use Medusa in Dislyte

Related | How to Promote and Upgrade Espers in Dislyte

Medusa is a capable disabler that can slow down enemies taking their turns. Her passive, Covenant of Punishment, makes all of her attacks reduce her target’s AP by 15%. AP stands for Action Points, and a unit can take their turn once they hit 100% AP. The amount of AP a unit generates depends on their SPD stat.

By simply attacking enemies, Medusa reduces their AP, effectively slowing them down. This can be crucial for delaying powerful enemies from using a strong attack. Additionally, if you target an enemy with already low AP, they’ll be completely petrified for a turn, canceling whatever they had in mind.

As you can probably guess, Medusa’s main strength comes from her ability to deny enemy turns. Stacking her with SPD increasing Relics and buffs is an effective strategy, as the quicker she can get her turns, the more she can slow down enemies. If she ever gets hit with a SPD reducing debuff, make sure to use Fatal Gaze a lot to transfer it to an enemy.

That concludes our guide on using Medusa in Dislyte. Have any other effective strategies with her? Let us know in the comments below!

How to Use Medusa in Dislyte