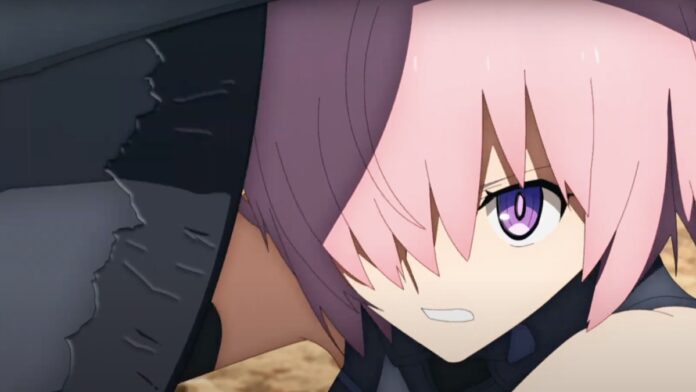 Mash, or Mashu sometimes, is the first free character who will join your team in Fate Grand Order. Sweet and kind, she is your loyal companion who has yet to realize her potential. As the only Shielder class character in the game, she has a special niche that cannot be replaced. Therefore, it is absolutely essential that you level her. She is also the only character in the game that breaks level caps through the main story progression. This is how you use Mash properly.

As a shielder, Mash’s job is primarily defense. Her first skill, Transient Wall of Snowflakes, raises the defense for every ally for three turns. Her other skill, Obscurant Wall of Chalk, can grant invincibility to one ally and raise their special attack gauge. Until you make it to the Camelot chapter, you’ll only have these two skills available. At a certain point in that section, she will get her third skill Honorable Wall of Snowflakes, which raises the defense for every ally and provides a damage cut buff. This is very handy for later game bosses who do heavy Area of Effect damage. Mash also does neutral damage as a shielder, which makes her useful against enemies that have no weakness against the other classes.

After you complete the first arc of the game and get to the later arcs, Mash gets a brand new outfit, as she can no longer have her Shielder form for reasons explained in the story. Do note that you can still use her Shielder skin in events outside of the main story. For now, she won’t be as strong as she was, but she’s still quite useful. The Ortinax is different in that it’s used for taunting instead of defending the team. Now, what you do is activate her defenses when there’s an enemy using a Single Target special attack so that she gets targeted for the damage and not the servant you’re using to destroy the enemy. One of her best skills is Bunker Bolt, which increases Buster power. Others include Black Barrel, which also increases Buster power, and Amalgam Goad, which applies the Target focus, which is the Taunt skill.

Overall, Mash is one of the most important characters in the game you should know how to use!

How to Use Mash Kyrielight in Fate Grand Order