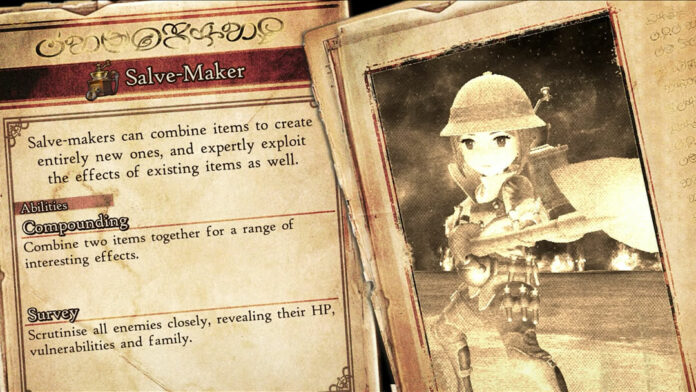 Bravely Default II features tons of different Jobs that will let you customize your characters’ abilities, but you won’t be able to unlock all of them if all you do is play through the main quest. A few of these Jobs are completely optional and require you to complete specific side-quests to unlock.

The Salve-Maker Job is the second optional Job that can be unlocked in the story. It isn’t among the best Jobs in the game, but it does grant some interesting options that can make a difference in the most difficult boss battles.

How To Unlock The Salve-Maker In Bravely Default II

The Salve-Maker can be unlocked as soon as Chapter 3 begins. Head to the town of Endero and get to the northern part of the city. Here, enter the largest house in the top-right corner: you will know you are in the correct house if you see a man lying on the bed.

Speak with the people in the house to activate the subquest. These people will inform you of what happened, and will ask for your help in saving the unconscious man. Once you are done talking with them, head to the north of Endero to obtain a Luneclover, then head back to the house. You will be transported into the unconscious man’s dream, where you will have to fight him.

The boss battle against Glenn isn’t particularly difficult, so if you had no trouble with previous bosses, you should be fine here as well. Defeat him to unlock the Salve-Maker Job.