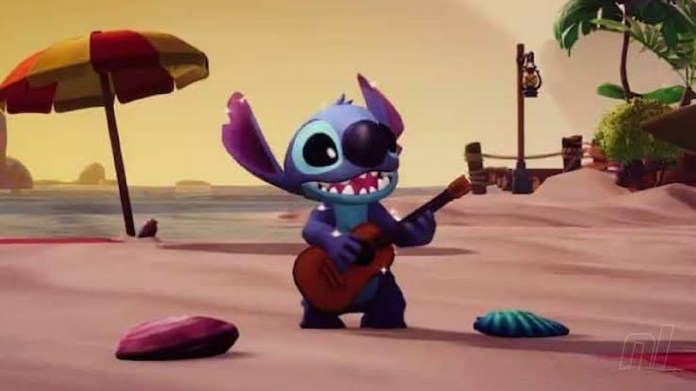 Disney Dreamlight Valley is a fantastic life simulation and adventure game that’s similar to Animal Crossing in a variety of ways. The game lets you create a character and use that character to explore the Valley, a gorgeous world where you get to live and coexist with some of Disney’s most famous characters and villains.

From Moana, Captain hook, Micky Mouse, Timon, Pumbaa, Scar, Aladdin, Genie, Alice, and many more Disney characters will be available to interact with in the game. And there are some of them you’ll have to unlock by completing certain tasks. And in this article, we’ll be showing you how to unlock Stitch in Disney Dreamlight Valley.

How to Unlock Stitch in Disney Dreamlight Valley

While you can easily unlock some characters by simply interacting with them or visiting their realm, it’s not very easy to unlock others. In Stitch’s case, however, you’ll have to go the extra mile to unlock the cute little guy.

So we recommend you take some time to check the entire beach till you find and collect it. After getting your hands on it, you’ll commence a new quest titled “The Mystery of the Stolen Socks.” And if you go through the Slimy Stocking, you’ll see “D.D” initials written on it. Now you’ll have to find Donald Duck and give him the Slimy Stocking and ask if any of his stockings have gone missing.

If you find Donald, he’ll tell you that indeed he’s missing a couple of his stuff and the game will prompt you to hand over the Slimy Stocking to Donald. After giving Donald the stockings, he’ll then ask you to clean up five different piles of debris around his house. After clearing up the fifth debris, you’ll find a ’Strange Device’ hidden there.

Now take the ’Strange Device’ and give it to Donald as well. He’ll say a bunch of stuff to you about the device and will end the conversation by telling you to find more alien DNA that’ll lead you to find the culprit and solve the Mystery of the Stolen Socks.

It’ll take you a couple of days to find the alien DNA, so do check back every day to find more Slimy items and Stockings. Once you’ve done that, you can commence the quest to unlock Stitch in the game. As aforesaid, unlocking some characters is easy, while unlocking some (like Stitch) will require extra effort.

If you follow our guide carefully, you should unlock Stitch in no time. We hope you’ve found this guide helpful and you can check out more of our Disney Dreamlight Valley guides. Happy Gaming!

How to Unlock Stitch in Disney Dreamlight Valley