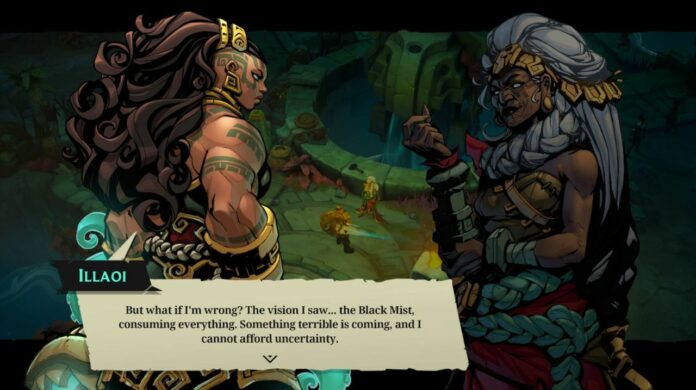 Champions in Ruined King: A League of Legends Story learn a variety of skills that make them all a force to be reckoned with in battle. Most of these skills are learned by leveling up, but there are a few ones that require you to accomplish certain feats to unlock. These are the powerful Level 3 Ultimate attacks, and they are definitely worthy of the efforts you will have to put in to unlock them.

How to Unlock Illaoi’s Level 3 Ultimate in Ruined King: A League of Legends Story

All Level 3 Ultimate attacks in Ruined King: A League of Legends Story can only be unlocked late in the game after completing the Cleanse Maokai’s Roots story quest in the Shadow Vaults and meeting the Philosopher, who will provide you with some hints on how to unlock these very special attacks for all characters.

To unlock Illaoi’s Avatar, you will have to find an idol in Baron’s Rest at Bilgewater and then offer it to the Mother Serpent. The idol can be obtained by winning a special battle against the Angler in the Crucible, the Bilgewater’s combat arena. To fight the Angler, speak with the man in the center of the Crucible with Illaoi in the party to be able to select the special battle. As Illaoi is capable of healing herself without using items, you should have no trouble defeating this enemy if you have made it this far in the story.

After winning the battle, and obtaining the idol, you will need to go to Burhu Grotto, and then head to the northwest. Here, continue to proceed until you reach the top of the ship, then head to the waterfall to the east where you will get the chance to offer the idol to Nagakabouros and learn the Avatar Level 3 Ultimate.

How to Unlock Illaoi’s Level 3 Ultimate in Ruined King: A League of Legends Story