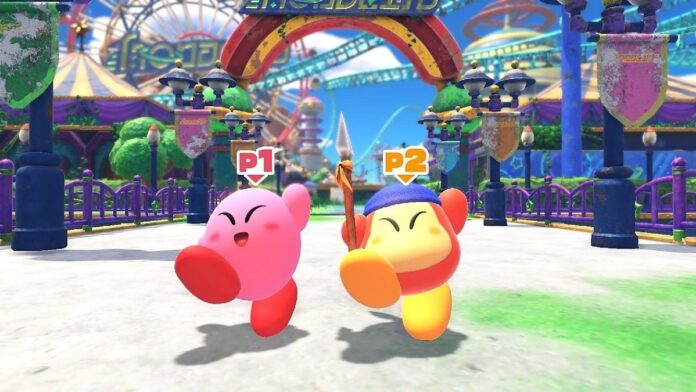 Looking forward to having fun with your friends in Kirby and the Forgotten Land through co-op mode, but just can’t figure out how to unlock co-op? Then this is just the guide for you!

How to Unlock Co-op in Kirby and the Forgotten Land

Getting to the point where you unlock co-op in Kirby and the Forgotten Land is much easier and quicker than you think. You will first need to play through the game’s initial tutorial. Once you have touched the star at the end of the course after meeting Elflin, you will then be eligible to play in co-op mode.

To then summon Bandana Waddle Dee as Player 2, while in any stage, press the + button and select ‘Play Co-Op,’ which is when you will be prompted to connect to another controller. Press down the SL and SR buttons if you’re using half a Joy-Con. If you’re using a Pro Controller, hold down the pairing button until it connects, and voila! Player 2 can now play as Bandana Waddle Dee alongside Kirby in co-op mode!

Unlike Kirby, however, Bandana Waddle Dee cannot inhale enemies, acquire Copy Abilities, or use Mouthful Mode. That being said, he is still a powerful character with plenty of damaging moves, also possessing similar speed and floating capabilities as Kirby, which makes sure that he does not lag behind when the all-powerful Kirby is beside him.

Since Bandana Waddle Dee does not have the kind of combat prowess that Kirby does through inhaling enemies, Copy Abilities, and Mouthful Mode, Bandana Waddle Dee makes up for it by possessing a spear that he can use in a variety of ways to take down enemies. He can stab enemies with it, jump in the air and rain down spears onto his foes, throw it onto a ranged enemy, and more.

How to Unlock Co-op in Kirby and the Forgotten Land