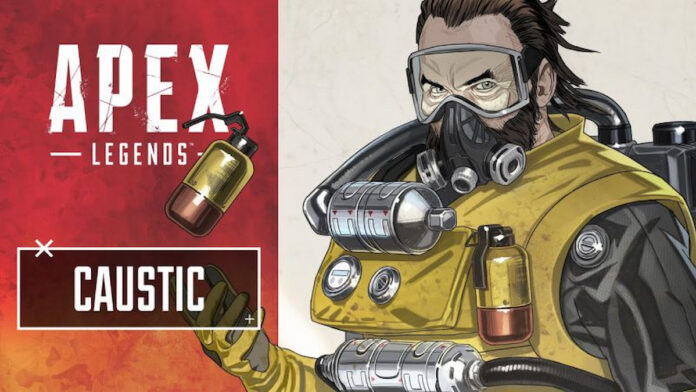 Respawn Entertainment’s Apex Legends Mobile is entirely modified for touchscreens with a streamlined control system as well as mobile-oriented optimization methods. While the game is yet to launch globally, the beta version still feels quite superior.

Respawn first launched the game’s beta version in India and the Philippines and later expanded this to 7 other regions. This decision was to gather enough valuable feedbacks from players as well as observe how the game will be welcomed by players considering the other acclaimed battle royale titles out there like PUBG MOBILE and COD MOBILE.

The beta version of Apex Legends allows you to use up to 8 different Legends to play with. However, not all of these Legends are unlocked for use immediately. So in this article we’ll be guiding you on how to unlock Caustic in Apex Legends Mobile.

How to Unlock Caustic in Apex Legends Mobile

For players that favour a relatively slow game style that concentrates on handling the zones and fighting adversaries on their teams and turfs, then Caustic might just be the appropriate Legend for them. The Toxic Trapper is one of Apex Legends’ most elite packages that poses high risk to enemies.

Caustic can be unlocked in the game’s beta version by using Legend Tokens or the Apex Coins to purchase him. Another way to unlock Caustic is via Battle Pass. When players reach level 25 on the Battle Pass rewards, they can unlock Caustic.

And while some Battle Pass rewards costs real money, it’s actually free to unlock Caustic under Battle Pass. But this will take some time as Battle Pass requires an extensive amount of play time and commitment.

How to Unlock Caustic in Apex Legends Mobile