How to unlock all characters in Night of the Full Moon?

Players can unlock the Magician class in Night of the Full Moon by watching around thirty ads.

The third and final way of unlocking the remaining characters in Night of the Full Moon is by purchasing them using real money. Yeah, we are talking about micro-transactions. A card game would not be complete, if it doesn’t have micro-transactions.

Werewolf, Soul Hunter, Ranger, Apothecary, Nun and Witch can be unlocked by buying them. At current, there is no other way to unlock the aforementioned characters/classes for free.

Night of the Full Moon is a roguelike strategy-based game currently available on Android, iOS and PC platforms. 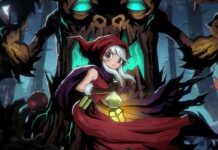 Best Classes to choose in Night of the Full Moon