Home Game Guides How to Track Pokemon in Pokemon Go Without Footprints? 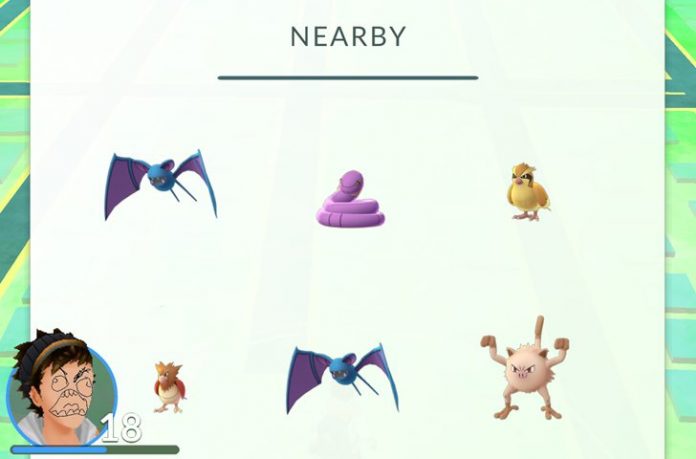 Niantic seems to love shooting themselves in the leg while running in a race and being close to winning the biggest price ever. The latest Pokemon Go update managed to enrage the players by removing one of the most useful things in the game: Pokemon tracking via the footprints.

If until before the update, the game showed you up to three footprints under the nearby Pokemon in order to tell you how close or far away they are, they have now removed that. The move comes after they have announce that they don’t like Pokemon tracking apps for their game. It’s like they have created a game that wants you to collect something, but doesn’t try to help you a bit to achieve that.

So what can you do if you want to capture Pokemon in Pokemon Go without the footprints? Well, there’s really not much to do than prey and hope that dumb luck will land you near the Pokemon you were hoping to get…. but there are some other options as well.

Option #1: anticipate how close they are. In theory, the top left Pokemon shown as “nearby” should be the closest, while the bottom right should be the farthest. Using this as a sort of guidance helps you track them down a little easier, but don’t expect it to be a walk in the park unless you are literally walking in the park…

Problem with option #1: many players report that the Pokemon on their list are randomized and sometimes they stumble upon one that, following the guidelines above, should be a lot farther. It is most likely a temporary bug and Niantic will hopefully fix that sooner rather than later.

Another problem with option #1: it seems that sometimes the list is pretty inaccurate. The same two players, if they stand next to each other, will get different Pokemon shown as nearby Pokemon. This could be just the fact that there are a ton of Pokemon around, or that things are just completely messed up.

Option #2: If you have a lot of time on your hand and can do a lot of walking (just make sure you’re hatching an egg while you do this), you can try the “circle” method. Here is how it works:

Note your starting location as Point A and select a Pokemon you want to capture. Then quickly walk in a straight line until the Pokemon disappears from the list. That’s point B. Now if you could draw an imaginary circle, with its center in Point A and ending at Point B, somewhere withing that circle you will have your Pokemon.

The problem with this method is that it requires you to cover a large distance since the circle will end up being really huge and even more, the Pokemon might disappear/despawn until you find it.

But it seems that there are not other options to track the nearby Pokemon now that the footprints have been removed. Is this move also made by Niantic to milk the cow a bit more and try to get us spend more on Incense? We don’t know for sure and it doesn’t matter too much right now – what matters is that they decided to break something that was working perfectly and now people are pissed.

Do you have a different potential method for finding nearby Pokemon in Pokemon Go now that the footprints are gone? Let us know in the comment section below!

How to Track Pokemon in Pokemon Go Without Footprints?