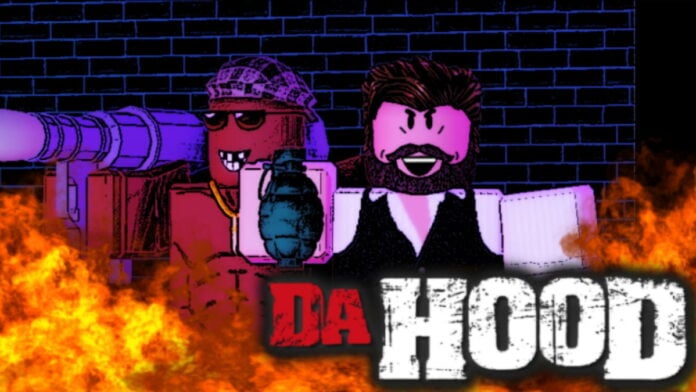 Da Hood is an urban survival street war game in Roblox. The streets are a very dangerous place, and only the strongest will survive! Attack enemies using a variety of weapons, but you can also just rely on your fists and feet. Today, we’ll show you how to stomp in Da Hood on PC and mobile!

How to Stomp on Enemies in Da Hood

When you first start out in Da Hood, you’ll have nothing more than your fists to fend off would-be attackers with. Your hand-to-hand moves aren’t great, and you’re often animation-locked for a few seconds, which leaves you vulnerable to attack.

You’ll want to get your hands on a new weapon as soon as you can, but you’ll be stuck with your fists for a while. Our recommended strategy if you’re fighting with your fists is to wait for your opponent to attack, then move in and get an attack in before they recover.

If you manage to deplete a player’s health bar all the way, they’ll be temporarily knocked out on the ground. They won’t be able to get back up until they’ve regenerated enough health!

Related | How to Macro on Mobile in Da Hood

You can pick up and carry unconscious players, throw them around, and you can also stomp on them! To stomp on a knocked out player, walk over their body and press the E key on your keyboard.

If you’re playing Da Hood on a mobile device, there is a dedicated virtual button you can tap to stomp. It’s the button that looks like a boot hitting the ground hard.

Keep in mind that the game sometimes has trouble detecting when you’re over a body, so if the stomp action doesn’t work, you’ll have to move around the body until you find a working spot.

That concludes our guide on how to stomp in Da Hood on both PC and mobile. If you have any other tips or questions about Da Hood, let us know in the comments below!

How to Stomp in Da Hood (PC and Mobile)