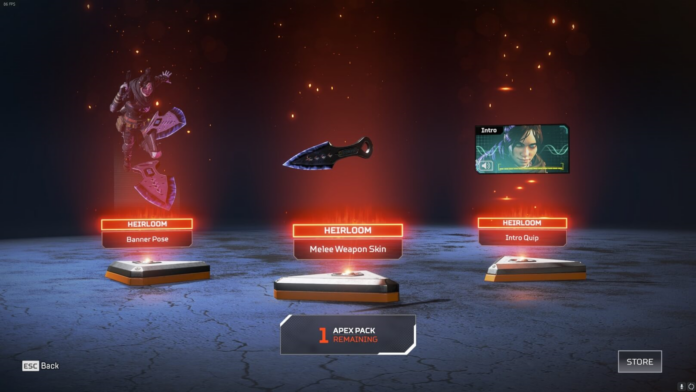 Gameplay customization has long been an integral part of most existing games. And games in the royal battle genre use customization especially often and have an incredibly large number of appearance variations of the same item.

The Apex Legends game is no exception and also has many skins for its items, and family heirlooms are especially valued among players. But just having a rare skin is not enough for players, so in this article, we will tell you how to spin heirloom on Nintendo Switch.

How to Spin Your Heirloom in Apex Legends on Nintendo Switch

Heirlooms are cosmetic items that you can use to change the look of your melee weapon. There are already more than 10 such items, but getting them is not so easy.

Heirloom is included in the heirloom sets, which can be obtained during collectible events, but for this, you need to collect all 24 items of the corresponding collection set.

Based on the above, it’s clear that Heirloom is very rare and it’s already very cool to own them, but for some players, this is not enough.

To spin your Heirloom on Nintendo Switch, you need to do the following:

The mere use of weapon scrolling will not give you an advantage, but it will make you look incredibly cool.

How to Spin Your Heirloom in Apex Legends on Nintendo Switch