Home Game Guides How to Slide in Madden 23 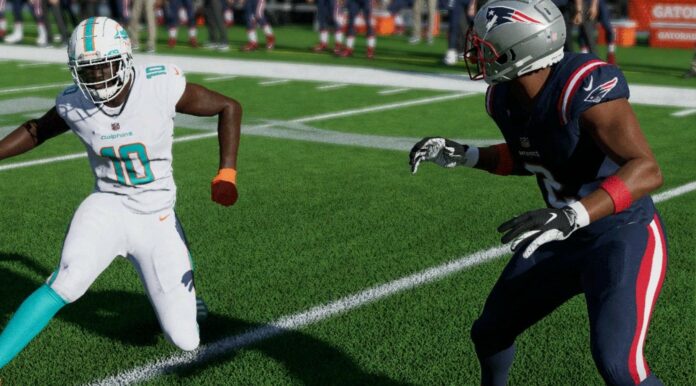 It’s already hard enough having to move down a football field, and that’s considering that the ball can be turned over by an interception or a fumble. Avoiding a fumble isn’t easy, especially with the addition of the hit stick in Madden 23.

However, players can still try to prevent the dreaded fumble by sliding. Sliding is useful, especially for quarterbacks since they’re at the position where carrying stats don’t always matter in the game. So in this guide, we’ll be showing you how to slide in Madden 23.

How to Slide in Madden 23

As aforementioned, sliding is important in Madden 23, especially if you’re using mobile quarterbacks such as Lamar Jackson or Jalen Hurts. This is because sliding stops play allows the player to gain an extra yard or two, prevents a fumble and even lets the offence keeps possession of the ball.

So in order to pull off a slide in Madden 23, tap X on your Xbox console or Square on PlayStation. You can slide in an open space and when in possession of the ball.

Note that a slide is best done in an open space because if you attempt to slide while an opposing defender is directly in front of you, it becomes very difficult to get the animation off. This could lead to you getting hit by the defender nonetheless and might cause a fumble as well.

So to make sure that you execute a successful slide, be sure that there’s some space between the quarterback and any opposing defender. If you do this well, you should pull off quite the slide and enjoy the animation that follows.

Madden NFL 23 is the newest release in the series with a new football season for players to enjoy. EA has released Madden NFL 23 across multiple platforms from PS4, PS5, Xbox One, Xbox Series S/X, Google Stadia and PC on August 16 for EA Play subscribers. The game will release worldwide on all supported platforms on August 19, 2022.

How to Slide in Madden 23