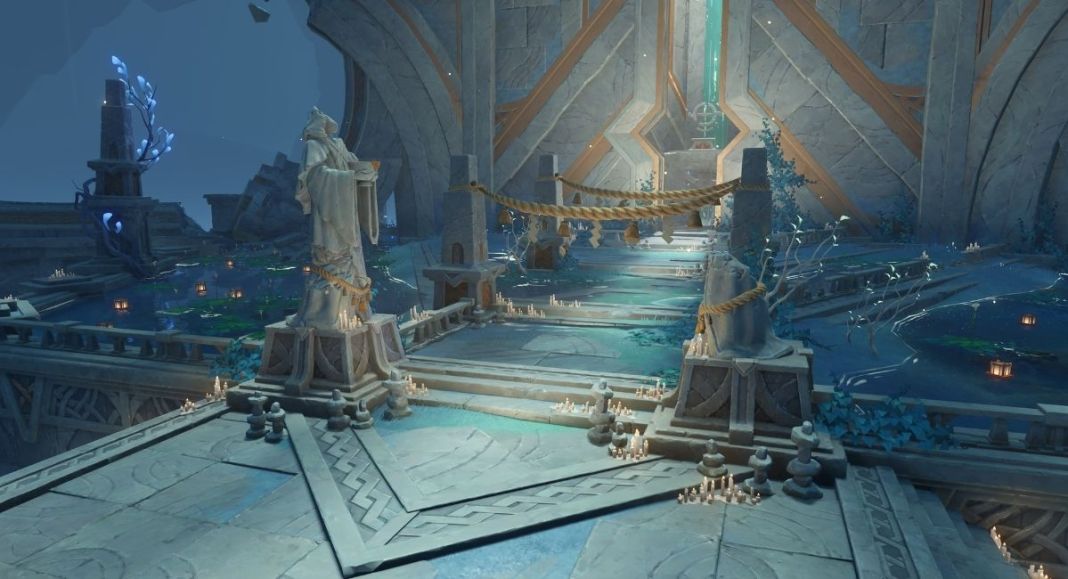 The Bokuso Box is a new event-exclusive gadget in Genshin Impact that players have to use to get rid of the darkness, aka the purple aura, to progress through the seasonal event, Three Realms Gateway Offering.

Related | How to Get Bokuso Box in Genshin Impact

To progress through the different areas plagued by the purple aura, you need the Bokuso Arts that you can get by upgrading the Bokuso Box. And during all that, you can also claim a myriad of free rewards via the Statue of Vassals.

To help you out, we prepared a handy Genshin Impact guide, sharing every Bokuso Box upgrade that you can get in the game.

There are two types of Bokuso Box upgrades that you find in Three Realms Gateway Offering event.

The first one is associated with the Statue of Vassals, where you offer Light Realm Sigils obtained via opening treasure chests, unlocking waypoints, completing event objectives, and other similar things to receive some lucrative rewards while upgrading Bokuso Box’s energy limit.

Related | How to Replenish Bokuso Box Energy in Genshin Impact

And the other upgrade is associated with the Bokuso Box gadget itself, where you offer Light Realm Core obtained from Luxurious Chests to unlock new Bokuso Arts.

We have listed every upgrade related to the Bokuso Box down below: