Home Game Guides How to Recruit Miss Fortune in Ruined King: A League of Legends... 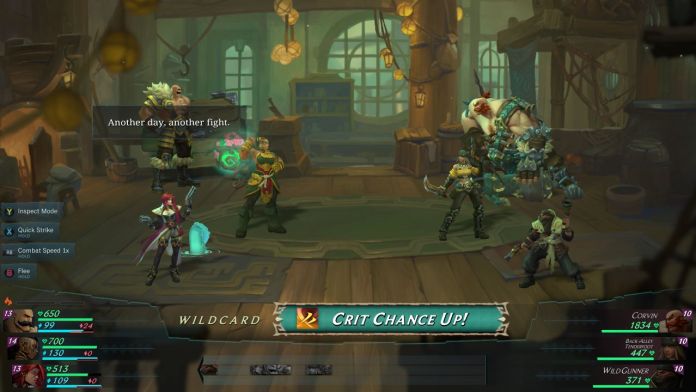 The world of Runeterra, which has been made popular by League of Legends, features so many different Champions that it was inevitable that some would be disappointed by the Ruined King: A League of Legends Story lineup, as it only features 6 playable Champions and a few others that appear as NPCs.

Among the fully playable Champions, however, are definitely some fan favorites, like the Pirate Queen Miss Fortune. Here’s how to recruit her.

How to Recruit Miss Fortune in Ruined King: A League of Legends Story

At the very start of the game, you will be able to control Miss Fortune in a few tutorial battles, but she will soon become unavailable, as the focus will shift to Illaoi. This doesn’t mean that you are done using her, as she will eventually join your party at some point in the game.

Miss Fortune gets recruited into your party automatically as you get to around 40% Story Completion. After the events on Grey Harbor, where you will learn that Gangplank is alive and plotting his grand return to Bilgewater, head to the Fortune Estate and inform Miss Fortune of your discoveries. After the story event, she will join Illaoi and the other Champions to put a stop to Gangplank and prevent the Black Mist from swallowing Bilgewater and the surrounding areas.

Miss Fortune, like pretty much the entirety of the cast, is an extremely effective character, specializing in offense. While she is not particularly resilient, she works great with characters like Illaoi and Braum, who can heal wounds and protect more feeble characters who can only take a few hits.

How to Recruit Miss Fortune in Ruined King: A League of Legends Story