Home Game Guides How to Recruit Braum in Ruined King: A League of Legends Story 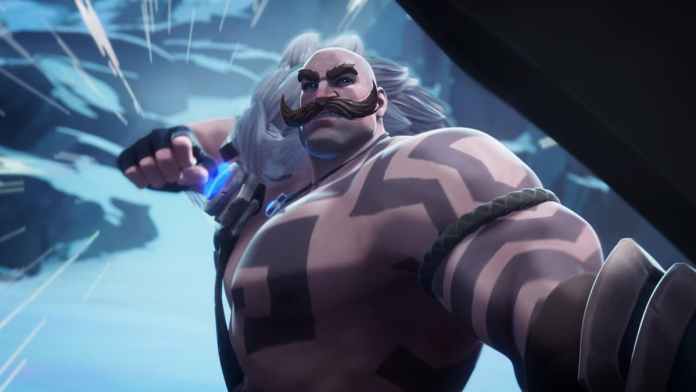 Ruined King: A League of Legends Story may not be as massive as other modern role-playing games are, but this doesn’t mean that it does not feature a nice roster of characters all coming with their own unique skills and fighting styles.

After trying out Miss Fortune at the start of the campaign, you will get to control the Truth Bearer Illaoi as she is sent to investigate something peculiar. She will be alone at the start, but she will soon be joined by many different League of Legends Champions, including the most powerful man of the Freljord, Braum. Here’s how to recruit him.

How to Recruit Braum in Ruined King: A League of Legends Story

Braum is the first Champion that will join Illaoi in her journey in Ruined King: A League of Legends Story, and you will not have to do much to get him to join you, as this will happen automatically as you make progress in the story.

After fighting Pyke for the first time, and being left shocked by the fact that the Goddess has deemed him worthy, Illaoi will head back to Buhru Grotto in Bilgewater to speak with the Elder about her doubts.

Once this story sequence is done, Illaoi will be asked to hurry to the Docks Harbor to see something extraordinary: a man who managed to defeat a massive sea monster only with his bare hands. This man will introduce himself as Braum of the Freljord, and after a short sequence where he tells Illaoi why he journeyed to Bilgewater, he will join her party.

Braum is a real asset in combat, so make sure to learn how to use him. His abilities allow him to take a lot of damage and protect his allies, so knowing how to use these properly will allow you to survive the most difficult battles with ease, even at the highest difficulty setting!

How to Recruit Braum in Ruined King: A League of Legends Story