Home Game Guides How to Reach the Divine Tower of West Atlus in Elden Ring... 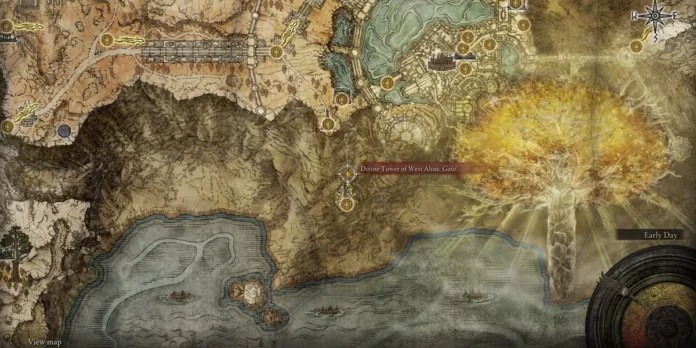 The Soulsborne games are known for their difficulty level, and Elden Ring is no exception. Each location has its own level of difficulty, some being less difficult than the rest. Some of the harder-to-reach locations in the game are the Divine Towers, and today we will be talking about how to reach the Divine Tower of West Atlus.

Divine Tower of West Altus is one of the few Divine Towers that exist in Elden Ring. This Divine Tower is found in the Atlus Plateau in Leyndell, Royal Capital.

Reaching it is no idea feat however, since it can only be reached by going through a series of illusory walls found in the Sealed Tunnel. Since the path through it is pretty linear, there is no way to miss it unless the player really goes out of their way to do so. The illusory walls are generally at the end of each new area.

Finally, after getting through the illusory walls, players will have to fight the Onyx Lord. He isn’t too strong at this point in the game, so if players are used to the game enough, they should be able to defeat him in their first encounter.

One important thing to note however is that players will not be able to access the Divine Tower of West Altus without first defeating Rykard, Lord of Blasphemy. If players decide to try to attempt it regardless, the game displays a message indicating that the door is tightly locked shut, so it would be a waste of time to do so.