Home Game Guides How to Pre-Register for Legends of Chronos 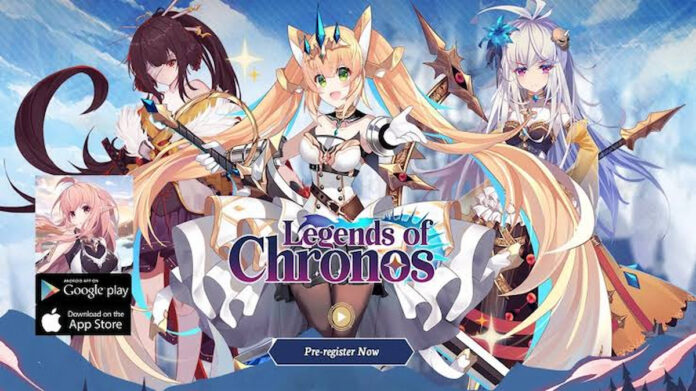 Legends of Chronos is a new mobile game that lets you build a massive city with your 5-star waifus. The game takes place during the dark ages, in a kingdom where the old king wants to bring back lost glory.

Developed by AKG games, you are tasked with becoming the Lord on the Prophecy. So in this article, we’ll be showing you how to pre-register for Legends of Chronos.

How to Pre-Register for Legends of Chronos

Legends of Chronos is currently available for pre-registration via the Google play store or from the game’s official website. The developers are also handing out a range of rewards to players who pre-register before the global release.

Pre-registration is available for Android users only for now. It is unlikely that iOS users will be able to pre-register for it but the game will be launched on both iOS and Android devices on the same day.

Are you excited to build a civilization and turn it into a prosperous city? Well, you can do that in this game. You can also train, upgrade your troops and even perform research activities that’ll help strengthen your town’s military to make them stronger.

You can collect more than 90 heroes across the kingdoms, give them your preferred skill and make them commanders, and generals and lead them to glory by recreating the kingdoms and earning your place as the Lord on the Prophecy.

In this game, you can also join alliances with the alliance system where all members support each other by speeding up progression, creating a legion, access to the Alliance Shop and becoming part of a Territory War.

Players can also build trade stations to trade with other territories in the game. You can check out prices in other areas of the kingdom and trade items.

As of now, there’s currently no release date for Legends of Chronos. The game is currently in beta for select regions, but rest assured, we’ll be getting a global release pretty soon.

How to Pre-Register for Legends of Chronos