Home Game Guides How to Play the Metro Games in Order 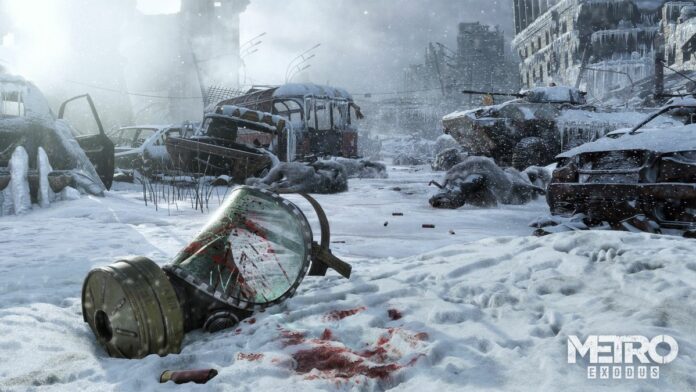 There are many different post-apocalyptic games. Some of them are strategies, some are shooters, and some are both. But the most popular games are those in which a fascinating story comes first. And the Metro series as such. Therefore, in this guide, we will tell you how to play Metro games in order.

How to Play the Metro Games in Order

Dmitry Glukhovsky has written a series of fascinating post-apocalyptic Metro books. The main character is Artyom, one of the last survivors who is forced to live in the underground tunnels of the subway. And based on these books, 4A Games created a trilogy of Metro games.

This is a remastered version of the original Metro 2033, but with improved combat and graphics. Moreover, the developers have added a new difficulty level called Ranger. In addition to increased damage for you and your enemies, almost the entire HUD display will disappear from the screen.

Related: Best Games Like GTA for Switch and Mobile

The plot is narrated on behalf of Artem. On the surface, due to nuclear war, there is high background radiation, so it is possible to live only underground, in the subway tunnels. However, dangerous mutants appeared at Artyom’s native station. And now he has to go on a journey to different stations to find help.

It is also a remastered version of the second part of the series. After saving his station, Artyom becomes a Ranger. And in this part, he will again have to face the mutants from the first part. The game also has an exciting DLC ​​called the Chronicles Pack.

And finally the third part of the trilogy. You will again take on the role of Artem. But in this part, you will go on the Aurora train, in search of lands clean from radiation. And unlike the previous parts, you will be able to explore a conditionally open world.

Well, we recommend that you play Metro games in chronological order. And, of course, the first two parts are in Redux versions, for a better gaming experience. And we hope you enjoyed this guide.

How to Play the Metro Games in Order