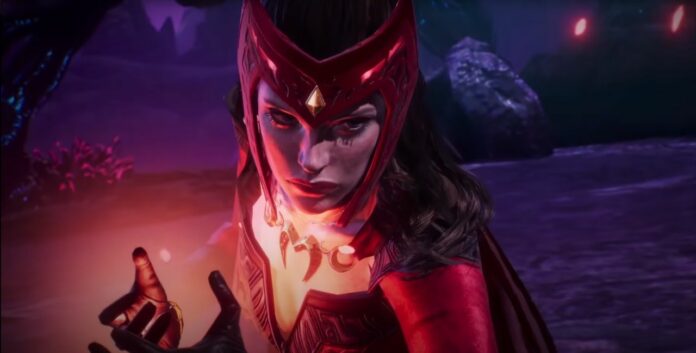 Watching Marvel movies is good, but playing games with Marvel characters is even better. In the Marvel Contest of Champions, you can choose from a variety of strong heroes and villains, but that would not be enough to win. You need to use strategy and know what the character is good at and what is not, and only then can you win. Today we will talk about the heroine whose true power is the use of magic, and the name of this heroine is Scarlet Witch.

How to Play Scarlet Witch in Marvel Contest of Champions – Guide, and Tips

Scarlet Witch is a classic character in the Marvel Universe that was released in the game on June 7, 2021, and has always been a favorite of many players. She is a Mystic Champion, which gives her an advantage against Cosmic Champions but is inferior to Science Champions.

Even though Scarlet Witch’s abilities are very strong, she is not a top champion, as a lot of her strategy and abilities are based on luck, and if you are very unlucky, you will lose.

RELATED: How to Change Teams in Marvel Contest of Champions

All attacks of Scarlet Witch deal energy damage, so you shouldn’t use her against champions with high energy resistance.

Thanks to her Instability and Chaos Surge abilities, she can inflict 1 of several random effects that can buff her or weaken the enemy. Using these abilities, Scarlet Witch also accumulates spheres of instability, which are the main recipe for success in battle. Once you have 5 or 6 Instabilities, you can use one of several powerful special attacks to inflict heavy damage on the enemy. But don’t hold the maximum number of Instabilities for too long, as after ten seconds they will disappear.

Tips to Play Scarlet Witch in Marvel Contest of Champions

The main advice that you need to remember is to use special attacks on time and as often as possible, competently managing the spheres of instability. However, you need to be lucky, because if you do not have enough time to accumulate Instabilities, a random effect from using abilities can save you.

Also, you should not forget about the bonuses you get from synergy with other champions:

We hope that our article will be helpful for you, and now, using Scarlet Witch, you will win much more often.

How to Play Scarlet Witch in Marvel Contest of Champions – Guide, and Tips