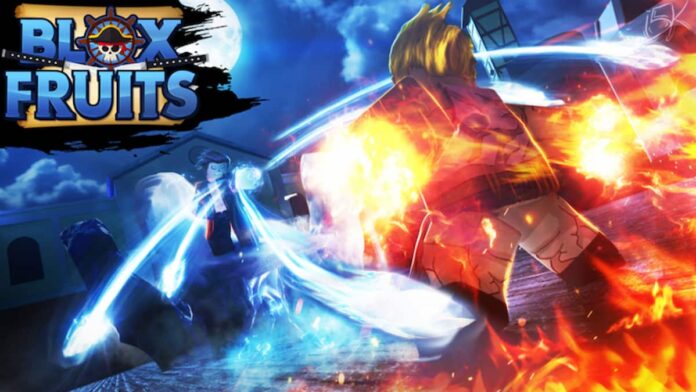 Blox Fruits is a popular Roblox game based on the well-known anime One Piece. There you can take one of the opposing sides, level up your character, and fight with other players by upgrading your skill.

When you launch the game for the first time, a window will appear in which you have to choose for whom exactly you want to start playing, for Pirates or Marines. Having chosen your origin, you will appear in the very first location in which the first thing you will need to do is deal with the controls. During the battles, you will need two main keys: Ctrl – fast run and Q – jerk.

To upgrade your character and earn money, you will have to complete quests. To do this, you need to approach the NPC with an exclamation mark and press the button to interact with it. A dialog box will open in which you need to take the quest. The first quest is to kill 5 bandits that spawn next to this NPC.

Complete quests on the first island in order to level up to at least level 15 so that you can go to another island. You can see all the islands available in the world on a special billboard. It shows exactly what level you must have for a normal game on it.

After leveling up, you will need to distribute your stats. The first two are attack and defense, it is recommended to upgrade them equally. The other three are sword, cannon, and fruit leveling. It is best to choose one thing and upgrade only it. At the moment, fruits in the game are the top weapons, followed by swords and the weakest guns.

On the islands, you can also find NPC merchants from whom you can buy fruits and other weapons (he will have a green question mark above his head).

In order to get to another island, you need to find a pier, talk to the NPC and order a free boat. Standing on it you can sail away to any island. And don’t just kill mobs. Find NPCs with tasks and complete quests. Only in this way you can quickly level up and earn a lot of money.

Bosses sometimes appear on the islands which you can defeat and get generous rewards. However, there will most likely be players who will try to kill you. But pay attention that if you are constantly being killed and you want to calmly level up without anyone touching you, just turn off the PVP function.

How to Play Roblox Blox Fruits – Guide, Tips, and Cheats