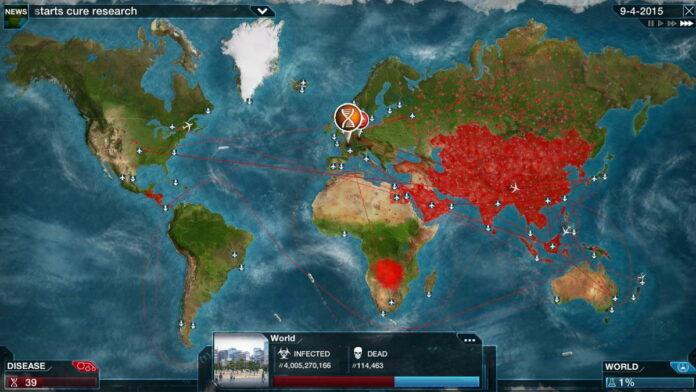 Plague Inc is a simulation game originally released on mobile devices back in 2012. Due to the game’s unique premise and surprisingly addictive gameplay, it was an instant hit, and it was ported later to console and PC a few years later. If you’ve been wanting to try it for yourself, we’ll show you how to play Plague Inc online for free!

Plague Inc is available now on just about any modern platform, whether you’ve got a console or mobile device. The game is available on iOS, Android, Steam, Nintendo Switch, Xbox, and PlayStation.

The mobile version is probably the most popular since the game lends itself well to playing in short bursts, but it’s a paid game. If you want to try it out for free, you can do so on certain websites.

The easiest and safest way to play Plague Inc online for free is through a service called now.gg, a website that specializes in making popular mobile games available through modern browsers. The only downside is that you can play free only for a limited time, after which you have to wait to play more.

Unfortunately, this seems to be the only legit way to play the game online for free. We’ve checked out other links that have Plague Inc in the name, but they’re always the wrong game or a fake website.

If you prefer to play on your PC, we highly recommend checking out Plague Inc: Evolved, which is on the Steam platform. Although it’s a little pricier than the mobile version, it comes with all the extra features unlocked, so it’s definitely worth it.

That concludes our guide on how to play Plague Inc online for free. If you have any other ideas on where to play the game online for free, let us know in the comments below!

How to Play Plague Inc Online for Free