Home Game Guides How to Play Echoes of Mana – Guide, Tips, and Cheats for... 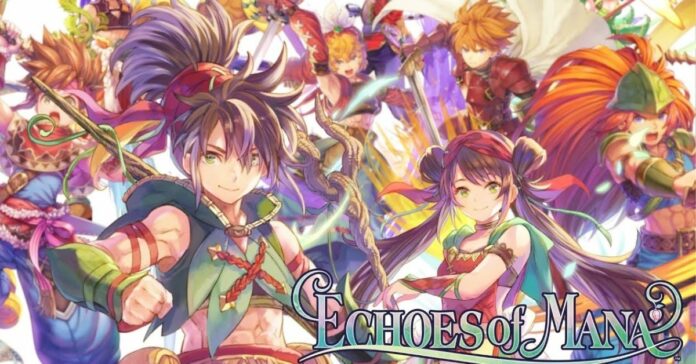 Echoes of Mana is a new role-playing game in the Mana Echoes series that today has become available to download and play on mobile devices. Many fans of the series have been looking forward to the release of a new game in the Mana series, and the day has come. Now you can visit the Play Market or AppStore, download the game, and enjoy the gameplay on your mobile device. In today’s article, we will tell you how to play Echoes of Mana and share useful tips for beginners.

How to Play Echoes of Mana

At the beginning of the game, you have to choose between two characters, Quilto (male) or Quilta (female). The character’s name will remain the same, but you can add a nickname to the character.

Once you have chosen a character and given them a nickname, a series of tutorials will begin that will introduce you to the game’s combat system and the main aspects of gameplay. In parallel with the training, you will watch cut scenes that will tell you about the history of the Echoes of Mana world.

RELATED: Is Randi Good in Echoes of Mana? – Answered

Quest Mode in Echoes of Mana

One of the most important modes in the game is the quest mode. In this mode, your hero will seek to find the sword of mana, and at the same time, they will learn new details of the plot and history of the world of Echoes of Mana.

Each chapter of the quest mode is unique and consists of 3 main components: story, quests, and battles.

How to Get More Characters in Echoes of Mana

Tips to Play Echoes of Mana

Of course, this is not all you need to know about the game, but these are the most important things that beginners need to know to get started. Therefore, after reading our article, you can safely start playing. You can also get acquainted with other guides on our website, in which we will describe in more detail certain aspects of the game.

How to Play Echoes of Mana – Guide, Tips, and Cheats for Beginners