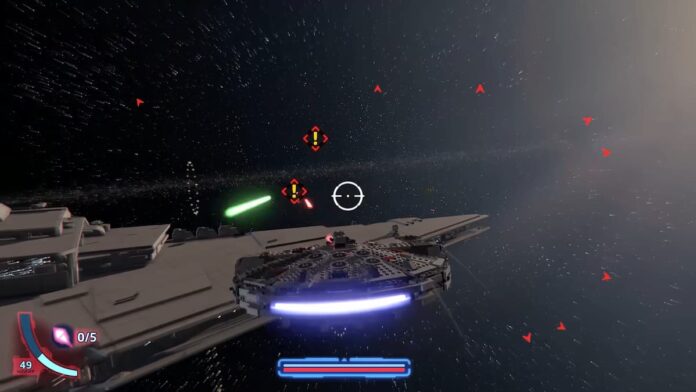 Recently, Lego games parodying different franchises have become very popular, and the new LEGO Star Wars Skywalker Saga is no exception. Players will be able to play as different characters from the legendary Star Wars series and take part in space battles. In this guide, we will talk about navigation in space battles.

How to Navigate Space Battles

In LEGO Star Wars Skywalker Saga, players can participate in space battles. However, the battles are very dynamic, and sometimes it is difficult for players to figure out the controls. To join the battle, simply fly to the place of the battle. Space battles can be seen from afar by the many red circles. To leave the battle, just fly away.

To win the space battle, you need to destroy as many enemy ships as possible. There will be a balance indicator on the screen, by which you can understand whether your side is winning or not. For winning, players can get such rewards as Kyber Blocks, Ship, and Studs. Controlling the ship is quite simple and here is a list of all the buttons: