Home Game Guides How to Melt Earth in Solar Smash 2 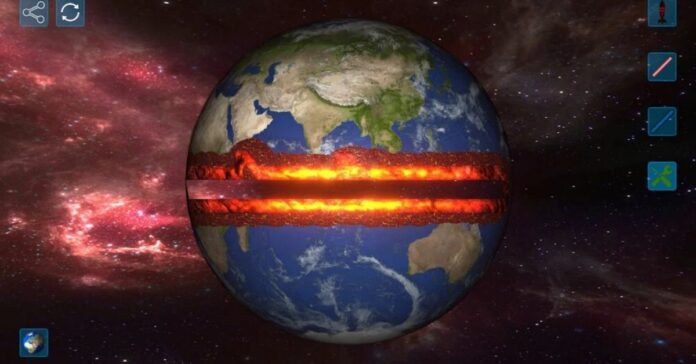 If you have downloaded the game Solar Smash 2, then in the next hour you will have a great time and relieve all the stress that you have accumulated during the day. In the game, you are a god that can destroy any planet in the solar system, and there are many ways to do this in the game. But today we will talk about only one of them and tell you how to melt the planet Earth.

How to Melt Earth in Solar Smash 2

First of all, to melt the planet Earth, you need to choose this planet from the general list, and after that, give free rein to your imagination and mock it as you like.

RELATED: How to Get Flat Earth in Solar Smash

After you select a planet, you can melt it in several ways:

But don’t stop at melting the planet, as there are many other ways to destroy it in the game. For example, you can freeze or flood the entire surface of the Earth, and it looks no less spectacular.

How to Melt Earth in Solar Smash 2