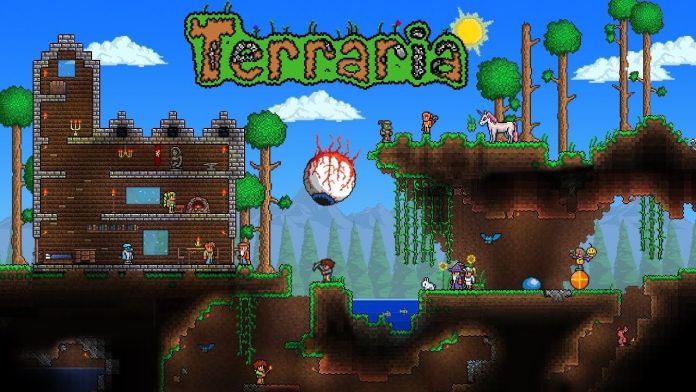 Terraria is a 2D sandbox game, which consists of exploration, building, crafting, combat, survival, and mining. You can use resources to craft new items and equipment in this game. Different recipes need different resources and crafting stations. Items and weapons help you to fight bosses and enemies. And in this guide, we want to talk about how to make Slime Crown in Terraria.

The Slime Crown in Terraria seems to be a combo of Gold and Platinum, the two types of crowns that can be used to craft it, but it can be difficult to get it in early pre-Hardmode. If you create Slime Crown using a Platinum Crown, it will always appear to be made out of gold. When you craft this item you open the achievement “Like a Boss”.

How to Make Slime Crown in Terraria

To make Slime Crown you need to craft it in Demon Altar or Crimson Altar. To do this, you need to kill 100 slimes during a slime rain or craft it using 99 Gel and Gold Crown or 99 Gel and Platinum Crown.

Related: How to Craft Obsidian Skin Potion in Terraria – Guide

Slime Crown can be used for boss-summoning which appears as a miniature Blue Slime wearing a crown. King Slime can instantly be summoned in any location. He can spawn randomly at any time without using a summoning item (but only in the outer two-thirds of the map, laterally). King Slime is a pre-Hardmode boss. King Slime’s defeat may reward you with money and useful items. For example:

Thank you for reading the guide. Follow our advice, and you will make Slime Crown in Terraria. Hope you find it helpful. And while you are here, make sure to read our guide on how to get Daybreak in Terraria.

How To Make Slime Crown in Terraria – Guide