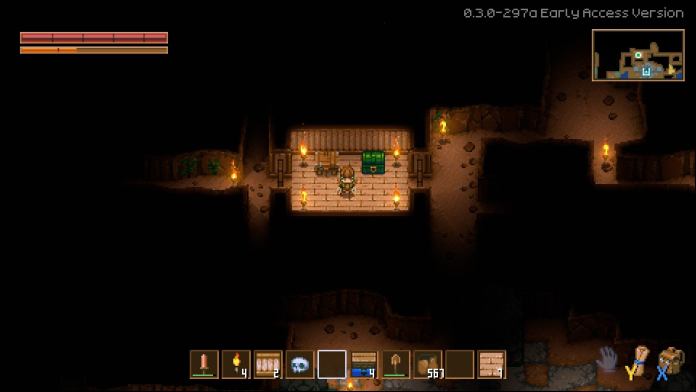 Core Keeper is a top-down survival sandbox arcade game that you can play in co-op with up to eight people. You will act as an explorer who woke up in an ancient dungeon, that hosts hostile creatures, traps, and treasures. To survive in this place, the hero will have to find powerful equipment, upgrade his abilities and build a base as a shelter. In our guide, you can learn how to create a mob farm in Core Keeper on Steam Deck.

How to Make a Mob Farm in Core Keeper

Locations in the game are randomly generated, which makes the gameplay significantly replayable. The main danger for the character will be huge monsters, including bosses.

RELATED: How to Craft the Rune Song Sword in Core Keeper on Steam Deck

To obtain/craft many things in the game, you need to kill many different monsters, but when you get very advanced in the game, you have to spend more time looking for these monsters, and not killing them. Therefore, in many games of this kind, there are mob farms. This is a very easy and practical way to get unlimited resources from mobs. To do this, you will need spikes that are placed on the floor and a monster “spawner.”

Found or built your monster terrarium? It’s easier to build it yourself, but if you find a spawner not far from home\base, we recommend building a mob farm there.

We hope our guide has been useful to you and you will be able to build the best and most practical mob farm in Core Keeper.