Home Guides How to Kill The King (Final Boss) in Archvale 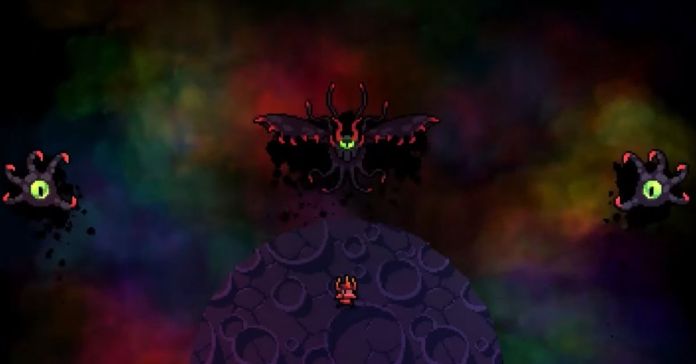 Archvale is a new adventure game that has just been released. It has great and stylish graphics, and its combat system is dynamic. There you will need to hit your enemies and try to avoid all the incoming attacks. It is not a simple task especially if you want to fight one of the bosses. These can be tough opponents and the final boss is probably the most difficult. This guide will tell you how to kill The King in Archvale.

How to Defeat the King in Archvale

The King in Archvale is the final boss in this game. You will encounter him right in the end. The boss has three stages and you will need to know all attack patterns and how to dodge them. Also, we recommend you to get good armor (like Brimstone armor) and use a ranged weapon as you will need to focus on dodging projectiles. So, trying to attack the boss with a melee weapon can be a problematic task. One of the best weapons you can use to kill him is Terracotta Bow.

During the first stage, you will find the King himself. The boss will be slow and you will just need to dodge all the incoming attacks. The King will throw lots of projectiles and some of these will be aiming at you. Also, you should prepare to dodge his laser attacks. These deal a lot of damage but can be tracked easily.

After you defeat The King, you will launch the second stage. There you will need to fight another opponent named Maxilla. He is smaller than the king and it makes him more mobile. Maxilla will be teleporting and trying to shoot you with lots of projectiles and lasers. Also, he will be able to cover himself with a shield and summon green minions that are able to fly.

During the third stage, you will need to fight The King one more time. But, now he will be stronger. Also, he will summon two minions that will try to help their boss. The boss will be shooting you with projectiles and lasers and these two minions will do it as well. So, you will need to dodge attacks from three directions and this fact makes this stage really hard. Be patient and remember the attacks’ pattern, and you will be able to defeat The King.

How to Kill The King (Final Boss) in Archvale