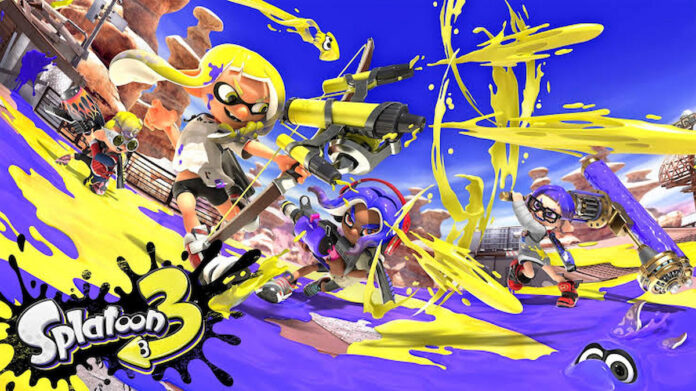 Splatoon 3 is an upcoming third-person shooter from Nintendo and similar to its predecessors in the Splatoon series, this forthcoming instalment will consist of competitive online multiplayer matches as well as a new story-driven single-player mode.

Nintendo revealed some information regarding Splatoon 3 during its Nintendo Direct broadcast. The game will have several new and returning NPCs, new modes like ranked Anarchy Battles and there are lots of new and returning maps as well as unique and returning weapons. So in this article, we’ll be guiding you on how to join Splatoon 3 Demo.

How to Join Splatoon 3 Demo

Splatoon 3 is already looking like an incredibly fun game and you can get your hands on it even before it launches. Players can download the Splatoon 3 demo from the Nintendo eShop right now as it was added to the store on August 18th.

Although it was added a couple of days back, the playable sample of the demo is now live. Right now the demo only allows players to participate in the game’s tutorial and learn the basic controls.

However, players can also explore some parts of the city of Splatsville to help them decide on which team they’ll be playing as when the game launches. And although the demo is totally free, players will need a Nintendo Switch Online membership in order to get access to the demo.

Below are the Nintendo Switch Online membership subscription costs:

Family membership (up to eight accounts):

These hours come courtesy of the US and UK Nintendo eShops. The United States store provides more detail and says fans will battle against one team at a time from 09:00 PT to 15:00 PT, and will then take on the brand-new Splatest Tricolor Turf War Battles until 21:00 PT.

As mentioned by the game’s Twitter account (via Nintendo Life), make sure to pick your correct local region from between North America, Europe, and Japan.

Splatoon 3 is scheduled to launch globally on September 9th, 2022 exclusively for Nintendo Switch.

How to Join Splatoon 3 Demo