Home Game Guides How to Join a Versus Battle in Fortnite 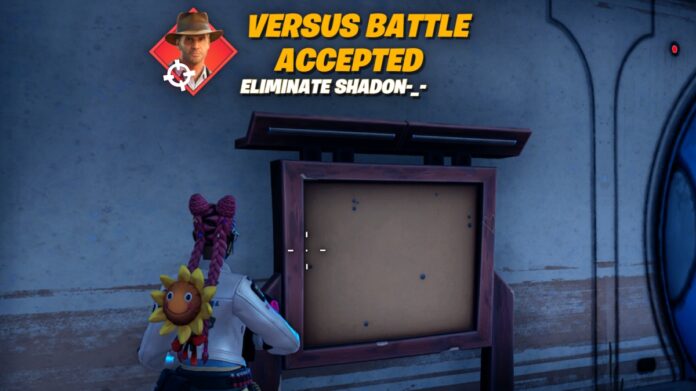 Dragon Ball Z has arrived in Fortnite! The much-awaited crossover has brought some cool new weapons and features straight from the anime, as well as some fun changes to the island. One of these changes is the introduction of the Versus Battle. Find out below how to join a Versus Battle in Fortnite!

How to Join and Win a Versus Battle in Fortnite

The Versus Battle Boards have taken the place of the Bounty Board so they can be found in every spot where Bounty Boards had previously been standing. The boards are in every named location and in almost all landmark locations. Look out for a target icon in the mini map.

Just like the Bounties, these Versus Battles can be started by approaching a board and interacting with it. Accepting the Battle gives you a chance to battle an opponent and win, gaining a 75 Gold Bar reward.

Related: How to Watch Dragon Ball Super Episodes in Fortnite

Once the Versus Battle has begun, players have a limited time to find and eliminate the enemy player. If the target is eliminated by another player you get a small percentage of the reward but it still counts as a completion.

If you have been targeted by another player you will be notified, and gain a reward if you outlast the timer or eliminate them first.

That is all you need to know about the new Versus Battles in Fortnite! Good luck and happy battles.

How to Join a Versus Battle in Fortnite