Home Game Guides How to Get Ultimatum in Pixel Gun 3D 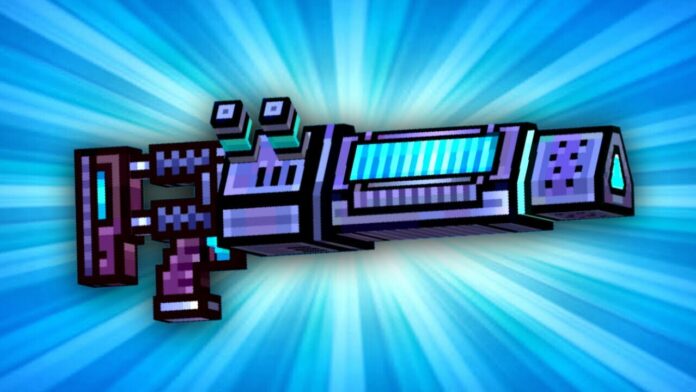 The Ultimatum is a cyber-themed shotgun that was released in the 15.3.0 update. This is the main weapon in the game that shoots a lot of laser beams. However, it deals devastating damage only at close and medium range, which makes it possible to destroy heavily armored enemies.

How to Get Ultimatum in Pixel Gun 3D

So where do you get this shotgun? First, the developers made it possible to get the Ultimatum from the Cyber Season Battle Pass. Then it was transferred to the Trader’s Van along with its skin for 950 Gem (previously 450 Gems, then 1000 Gems, and 750 Gems) for a limited time.

On May 1, 2020, the developers returned it to the Trader’s Van in honor of Pixel Gun 3D’s birthday. However, it was later removed – on May 4, 2020. In July there was a new Cyber Season and it was added by accident for 350 Gems and removed after 5-10 minutes, but some players were able to keep it for themselves.

Since the weapon has become rare in this game and highly coveted, on September 25, 2021, the shotgun was temporarily made available as a unique offer for anyone who gets the Nuclear Reactor skin from the skin chest. This offer was like in-app purchase, not like a Trader’s Van offer, and lasted only a day.

In early 2022, the creators of Pixel Goon 3D added the Ultimatum to the Winner chest, where it drops from an as yet unexplored chance with a classic skin.

How to Get Ultimatum in Pixel Gun 3D