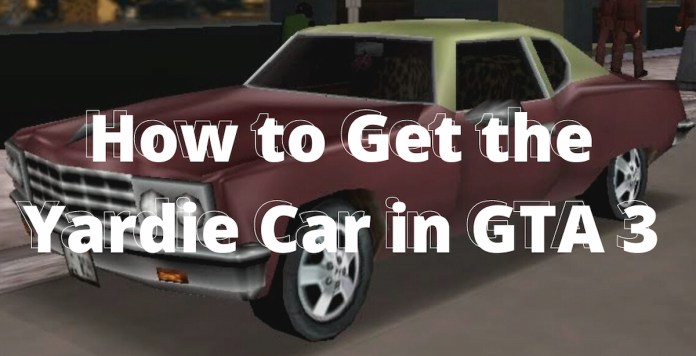 After conquering all the missions in Portland Island, you’ll be able to step into the beautiful Staunton Island where you’ll battle the Colombians and other gang members.

Like some missions in Portland Island that requires you to steal or carjack certain gang vehicles, there are several missions that will require you to steal certain cars in Staunton Island and one of those missions is named ‘Deal Steal’ – you will be required to steal a Yardie car and teach the Columbian a lesson by leaving no one alive.

The Yardie is a gang that have dominated certain streets in Staunton Island with one of their most influenced streets being Newport.

You can find a Yardie car or Yardie Posse by simply driving around Newport and specifically on the Newport bridge near Fort Staunton. Yardie vehicles always pass by the bridge very often and you are most likely to get one from there than anywhere else.

Another way to find and keep a Yardie car in GTA 3 is by completing the Kenji’s Deal Steal mission where you must steal a Yardie car and act as an imposter on deal between the Colombians.

After you have gotten a Yardie car and have completed the mission, you’ll be required to drive back to Kenji’s casino and deliver the brief case. For this you can drive the Yardie car back to the casino to deliver.

Once the mission is complete, you can still see the Yardie car in Kenji’s garage. You can take the Yardie vehicle and drive it to whichever of your garages you want to keep it around Liberty City and leave it there incase you need one another time.

The Yardie Posse can be a little bit difficult to find if you don’t know what it looks like. But from the images above, you have a clear photo of the car and the outfit of the gang members that drive them.

That’s it on our guide to finding the Yardie car in GTA 3. We hope our guide has been helpful to you.

How to Get the Yardie Car in GTA 3